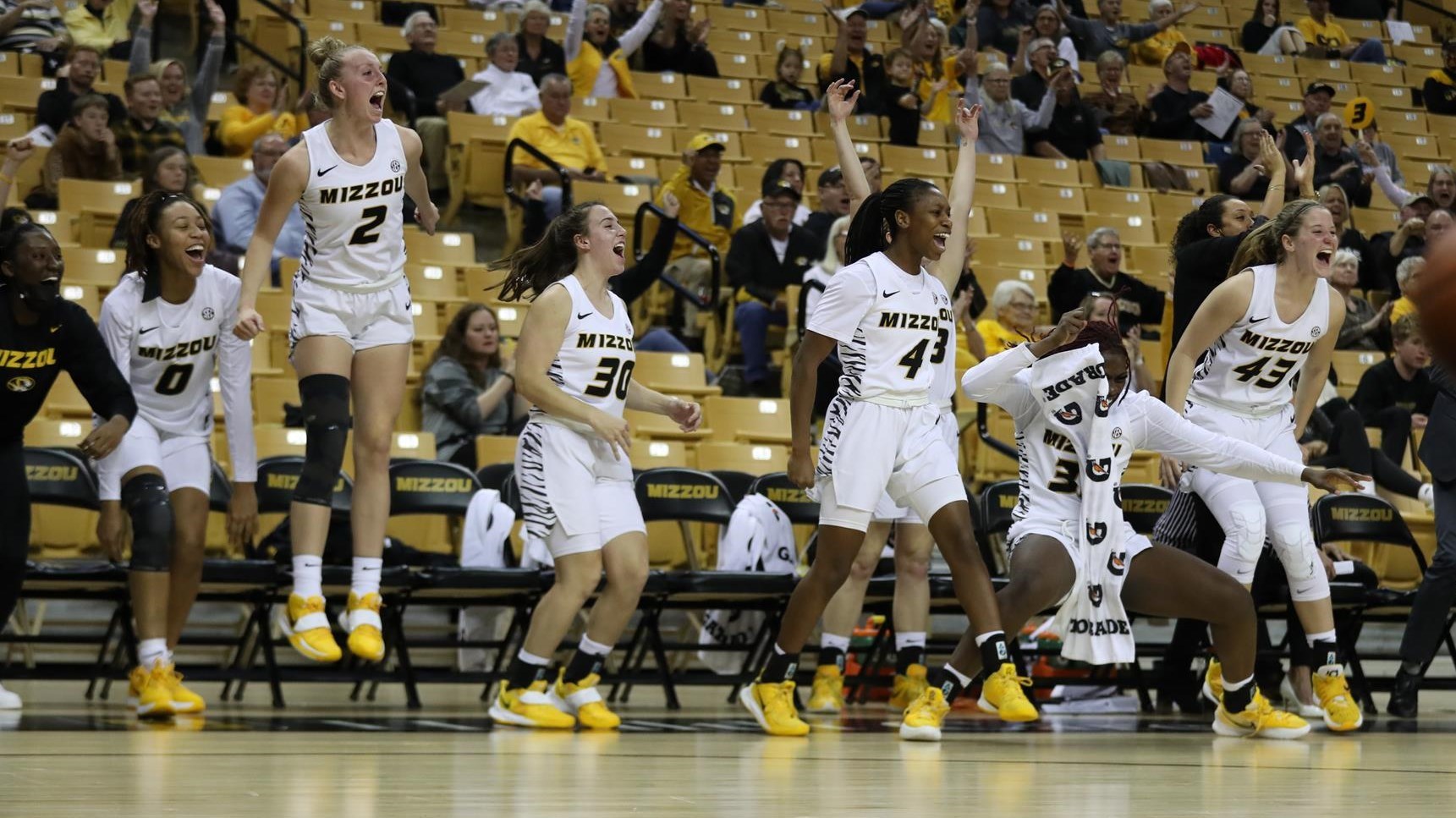 Izzy Higginbottom led the team offensively, scoring a career high 18 points and providing a source of momentum for Mizzou. Sarah Rose-Smith contributed a well-rounded performance with 10 points, seven rebounds, one assist and one steal. Lauren Hansen was the third Tiger to post a double-digit scoring game, racking up 15 points and two steals.

On defense, the Tigers proved difficult to break as the Bengals shot only 22.7 percent from the field and they were 0-for-12 from three in the first half. Idaho State finished with more turnovers (21) than made field goals (17). Mizzou’s high-pressure defense led to 27 points off turnovers.

After trailing 4-2 at the first media timeout during a stagnant first quarter, Mizzou stormed back with a 30-5 run, never looking back.

Sara-Rose Smith was perfect from the field, scoring 10 points on 4-for-4 field goal shooting and 2-for-2 from three. She added seven rebounds, a steal, and an assist on the day.

Lauren Hansen finished in double-figures for the second-consecutive game with 15 points.

Mizzou held Idaho State to 0-for-12 from beyond the arc in the first half, and just 4-for-24 at the conclusion of the game.

Idaho State has not been held to 13 points in the first half since 2014 at Utah.

Micah Linthacum made her first career three pointer in the fourth quarter.

Freshman Kiya Dorroh added her first career bucket in the contest. She finished with four points in the game.

Mizzou will be back at Mizzou Arena on Tuesday when Troy comes to town. Tipoff is slated for 7 p.m. CT and will be broadcast on the SEC Network.