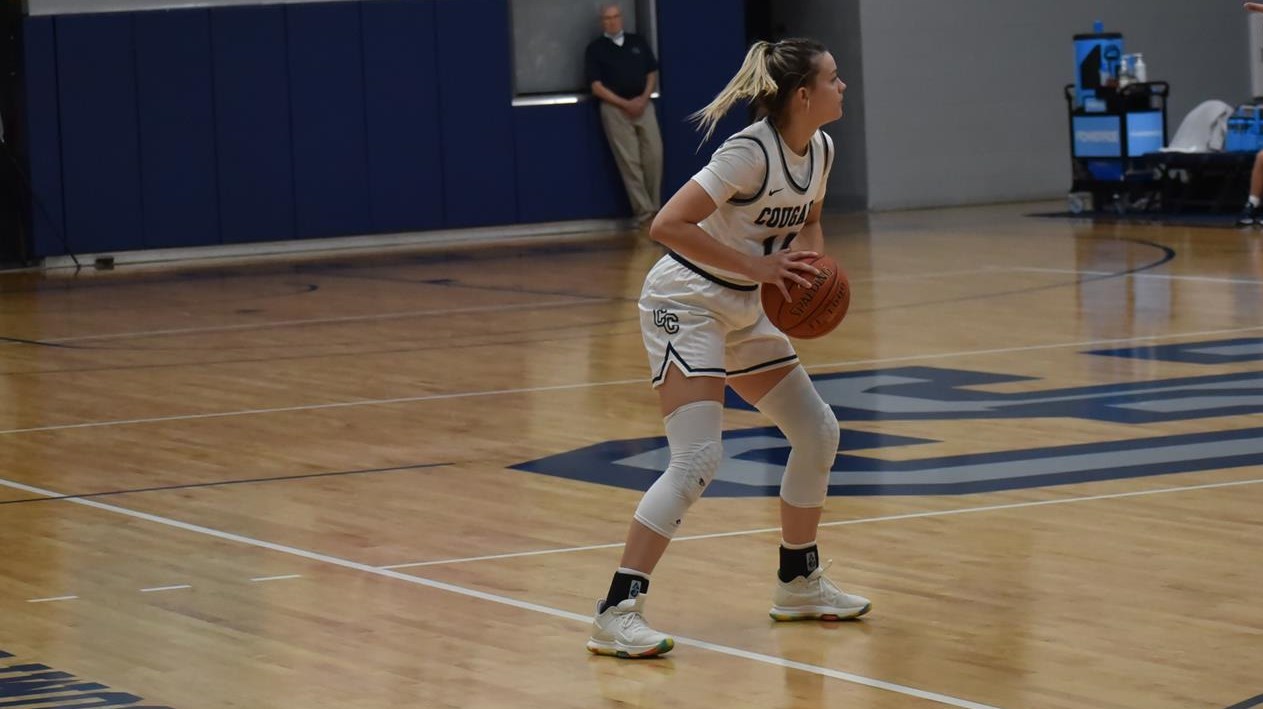 Columbia, Mo. – The Columbia College women’s basketball team picked up their 500th win in program history this evening in their defeat over Stephens (Mo.). The Cougars defeated the Stars 58-43 in the cross-town match up.
Columbia moves to 12-4 on the season and hold an undefeated American Midwest (AMC) record at 5-0. Stephens moves to 6-6 overall and 2-3 in conference action.

In a tight first quarter, Stephens led most of the way shooting 60-percent from the arc while connecting on 4-4 made free throws. The Stars led by one to start the second period, 15-14.

A quick three pointer out of the gates from Stephens gave the Stars their largest lead of the game, 18-14. A 6-0 run from the Cougars gave them a 22-18 lead halfway through the period. Columbia shot 40-percent from the field in the quarter, while holding the Stars to just 1-8 from the field. The Cougars went into the locker room with a 29-22 advantage.

After a scoreless two minutes of play, Abby Backes got things started with a long ball to extend the Cougar lead to 10 points, 32-22. The Stars went on a 7-0 run, but Columbia held on to their 39-36 lead to conclude the third quarter.

The Cougars produced a successful final 10 minutes, with 12 combined points coming from Mallory Shetley and Kamryn Mennemeyer. An 11-0 run would help secure the 58-43 victory over the Stars. The Cougars also recorded a lead as large as 17 late in the final period.

Key Moment:
The Cougars went on a 11-0 run in the last period, starting with a bucket from Kamryn Mennemeyer with 8:13 remaining in the game.

By the Numbers:
14-6 – The Cougars pulled down 14 offensive rebounds while the Stars took six
17-4 – Columbia earned 17 points off turnovers compared to four points produced by Stephens
30-10 – The Cougars added 30 points in the paint as Stephens connected on 10 points