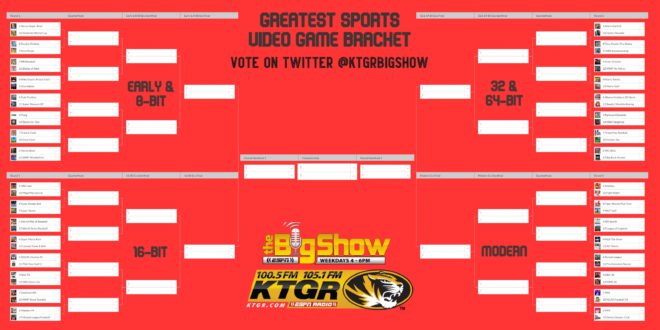 Now that your quarantine is giving you much more time on your hands, vote today in The Big Show’s Greatest Sports Video Game Bracket.

We’ve created a list of some of the greatest sports video games of all time and separated them out by era. Now, it’s up to you to decide which games move on, and which get eliminated. Round by round, we’ll whittle down the field until you decide which sports video game deserves the crown!

Cast your vote on Twitter @KTGRBigShow and stay tuned here for results!