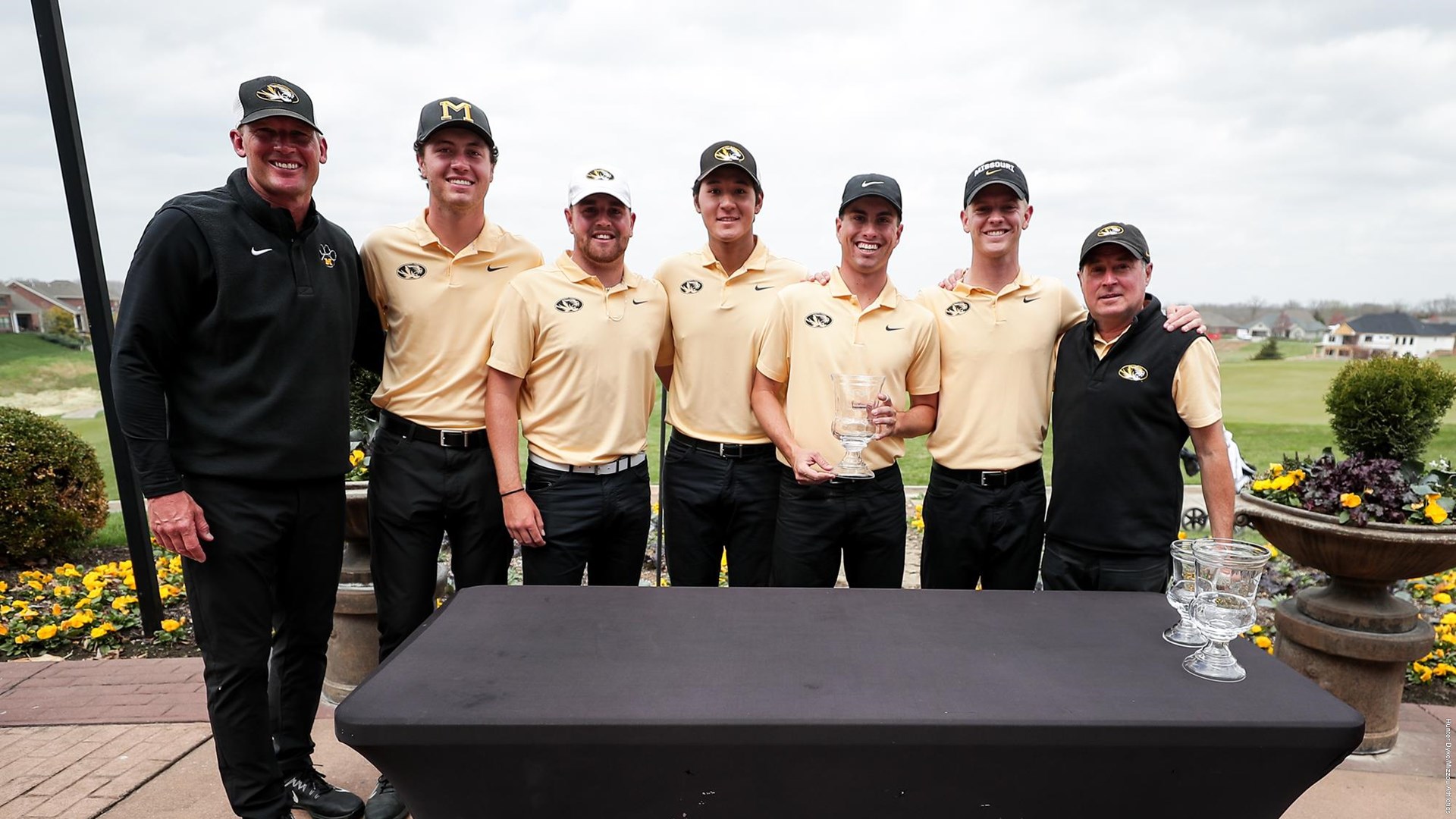 COLUMBIA, MO – Led by graduate student Jack Parker, the University of Missouri men’s golf team clinched both the team and individual titles at their home MU Tiger Invitational Tuesday afternoon. The Tigers dominated the field from the start, posting an event-low, 18-under 270 to finish with an overall 38-under 826 (270-274-282). The crew defended their title sweep last year with their whopping 26-stroke victory lead above runner-up, Wichita State.

The Columbia native sealed the deal to the individual title in his hometown after carding a career-best 13-under 203, marking his second career win of the season. His event score also slotted his name in the tournament record books as the second-lowest individual event score. Parker went 50 straight holes bogey-free, tallying a total of 15 birdies. His lowest score came from the first round with a 6-under 66, followed by a 4-under 68 and 3-under 69, respectively to rack up his third event of all three rounds under-par.

Following suit, junior Charlie Crockett also tallied all three rounds under-par anchored by 20 birdies to claim his career-best finish in fourth place with a personal-best, 9-under 207. One stroke behind was junior Yu-Ta Tsai who carded his fifth event under-par this season with a 7-under 209. He tied his career-best 18-hole score in the second round with a 5-under 67.

Sophomore Jack Lundin posted two rounds under-par, leading to his third consecutive and seventh on the season event under-par with a 2-under 212, earning him a piece of eight place. Senior Tommy Boone rounded out the Tiger lineup with a share of 11th after shooting a 71 across the board.

Red-shirt freshman Dawson Meek led the competing individuals at T-19 after firing a pair of 71s, followed by a 75 to close out with a 1-over 217. Finally, both junior Michael Terblanche and freshman Dagbjartur Sigurbrandsson performances were highlighted by their second round 1-under 71 score which brought Terblanche to a tie for 36th and Sigurbrandsson for 53rd.

This caps off Mizzou’s fourth team victory of the year and concludes their regular season. They return to action in a week for the SEC Championship down in Sea Island, GA.