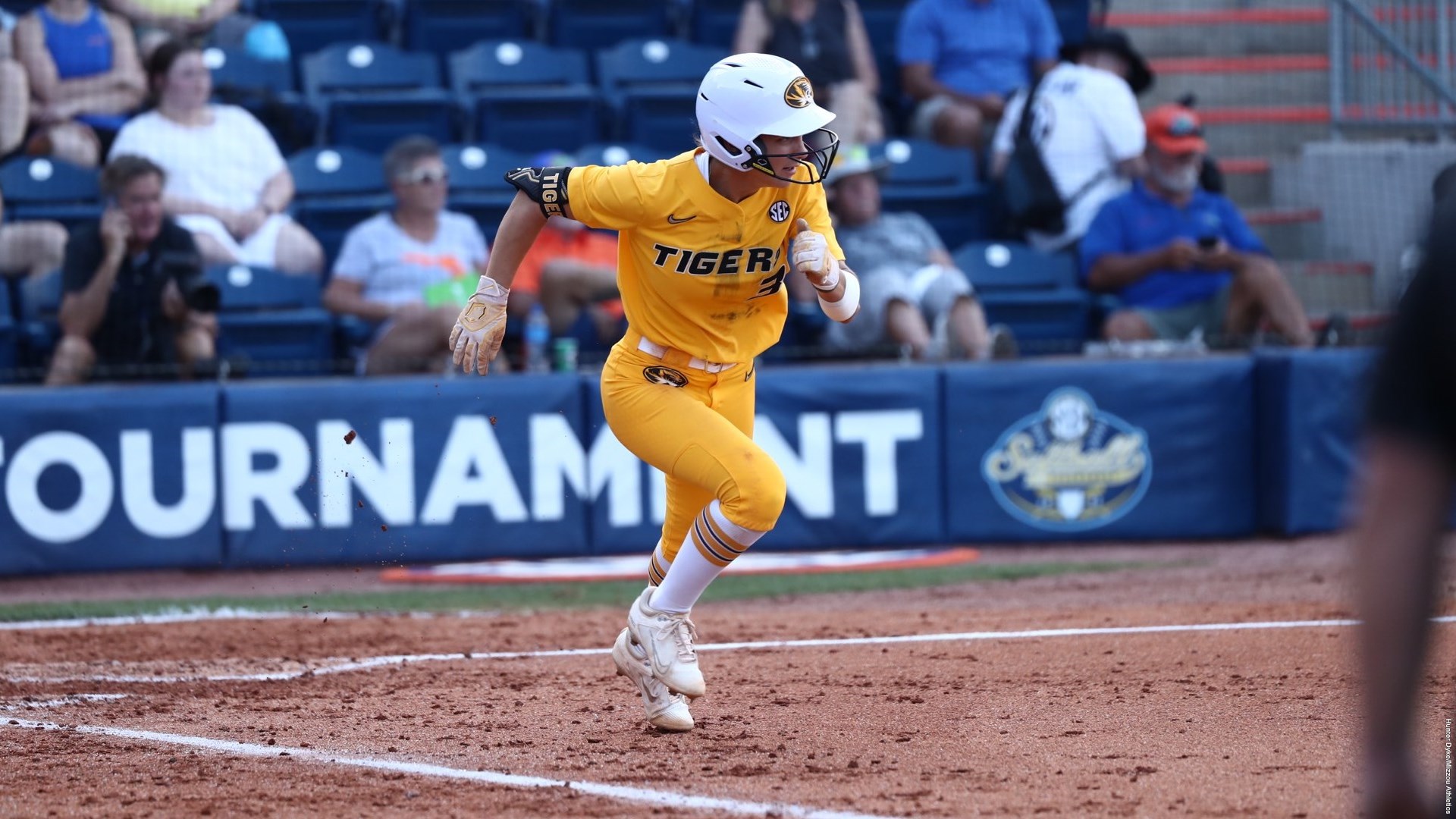 Jenna Laird got things started with a base hit into left field on the first pitch of the game, but Mizzou was unable to bring her in.

The Razorbacks put pressure on the Mizzou defense early with a pair of single. After a flyout moved a runner to third, a bloop single landed just behind second for the first run of the ballgame. Laurin Krings stranded a pair of runners to end the inning.

Arkansas got back on the board in the second after a leadoff triple that went just down the line and was upheld after review. The Razorbacks added another baserunner on an infield single before a base hit up the middle made it 2-0. With one out and runners on the corners, the Tigers turned a 6-4-2 double play, throwing out a runner at the plate to limit the damage.

Jenna Laird picked up her second hit of the afternoon with an infield single. She advanced to second on a wild pitch, but she was ultimately stranded.

The Tigers turned inning-ending double plays in the third and fourth innings to stay in the ballgame, but the bats could not get going.

Arkansas tacked on two more runs in the bottom of the fifth with the first scoring on an error and the second coming around on a wild pitch.

The Tigers could not muster a comeback, going down in order in the sixth and the seventh.

Jenna Laird provided the Tigers’ only two hits of the game, going 2-for-3 at the plate with a pair of singles.

Weber, Laird and Laurin Krings each earned spots on the All-Tournament Team.

The NCAA Tournament Selection Show is set for tomorrow at 6 p.m. CT on ESPN2.