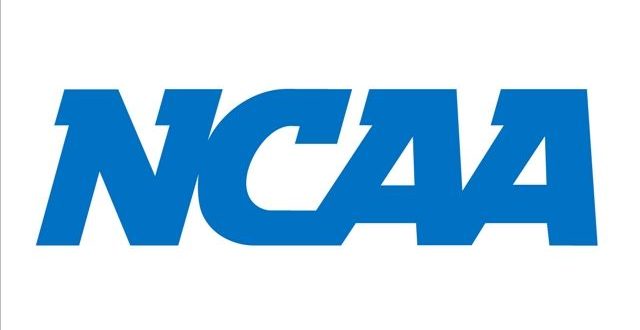 Mizzou asked the NCAA to Make It Right… the NCAA says it was right all along.

The Division I Infractions Appeals Committee said Tuesday it is upholding one-year postseason bans, recruiting and scholarship restrictions, and fines against the University of Missouri football, baseball, and softball programs. The penalties stem from the case of a Mizzou Athletics tutor – understood to be Yolanda Kumar – who reportedly did coursework for 12 student-athletes from the summer of 2015 through the summer of 2016.

On January 31st of this year, the NCAA Committee on Infractions issued its decision in the case, which also includes three years of probation and a vacation of any wins achieved while ineligible student-athletes were playing. That decision notes the tutor self-reported the NCAA violations in November 2016, and said she felt pressured by superiors in the athletic department to ensure athletes passed classes, so she cheated for them.

The NCAA did not find evidence to support the claim of pressure, but also denied Missouri’s insistence that it promptly self-detected and self-reported the violations, and that it had proper procedures in place to deter the violations in the first place. The Infractions Appeals Committee decision noted the Committee on Infractions has latitude in the penalties it chooses to impose in each case, and said the COI did not abuse its discretion or issue arbitrary penalties in Missouri’s case.

University of Missouri Chancellor Alexander Cartwright and Athletic Director Jim Sterk issued a joint statement in response to the ruling, which begins:

“We are deeply disappointed and appalled by the NCAA Infractions Appeals Committee’s decision to shirk its responsibilities and simply uphold sanctions that are not consistent with precedent or even common sense.

Despite this frustrating and disappointing outcome, the University of Missouri and Mizzou Athletics will continue to stand for integrity, and we will become stronger despite the challenges we are faced with today. We have outstanding student-athletes in all three affected programs and they are building something special here at Mizzou.

We are grateful for everyone who has supported Mizzou and our “Make it Right” campaign over these last several months, and during the nearly 19 weeks it took to reach this troubling conclusion.

Today’s decision raises serious questions about whether the current NCAA enforcement system encourages or discourages cultures of compliance and integrity. While we have exhausted our NCAA appeal avenues, we will continue to advocate for meaningful reform within the NCAA enforcement process.”

Sterk and Cartwright concluded their statement with an acknowledgement of fans:

“We know our dedicated Mizzou fans will help us right this wrong by filling the stands and rooting for our Tigers. We deeply appreciate the outpouring of support from every corner of the state and Tiger fans around the country who united behind Mizzou and our student-athletes who proudly wear the Black & Gold.”

“Mizzou did the right thing. This ruling tells every other school that it’s better to hide the truth than to admit mistakes.”

SEC Commissioner Greg Sankey issued a statement in support of Missouri. It reads:

“Throughout this process, the University of Missouri has conducted itself with great integrity and has been praised by the NCAA Division I Committee on Infractions for its exemplary cooperation in this matter.   While there is no excuse for the actions of a single academic tutor and the small number of student-athletes involved, the penalties applied are unusually severe when fully considered.

It is regrettable that so many innocent current Missouri student-athletes across three sports will miss postseason opportunities due to actions for which they were not responsible. Our disappointment related to the application of a postseason ban and the Infractions Appeals Committee’s upholding of the decision after more than four months of deliberations is magnified by recent decisions in other cases with similar fact patterns.

While it is important to hold accountable those individuals who engage in unethical behavior and conduct that fails to meet our expectations for integrity in college athletics, it is also important to fully consider the nuances and unique set of circumstances present in each case when setting penalties.

Mizzou is presented with considerable challenges as a result of this decision, however it is a university of proud heritage that will persevere thanks to its strong leadership and high ethical standards.”

State Senator Caleb Rowden, who represents Boone County, released an open letter to the NCAA that reads, in part, “The NCAA is a fraud — a wolf in sheep’s clothing that values self-interest over the well being of their member institutions and students.”

Missouri Football will now be subject to a postseason ban in 2019, and ineligible for a bowl game. It also cannot get this year’s SEC disbursement for bowl participation fees, a sum reportedly between $8-9 million. Baseball and softball are ineligible for SEC Tournament or NCAA play in their upcoming seasons.

Each program will be penalized for one academic year with a five-percent reduction in scholarships, and a 12.5-percent reduction in official visits. A seven-week ban on unofficial visits, recruiting communications, and off-campus visits and evaluations will also apply, and the number of recruiting visits and evaluations days each program has will also be cut by 12.5 percent. Each program will also be fined $5,000 plus one percent of its budget.

The decision is final. The NCAA Division I Infractions Committee’s Internal Operating Procedures state “The decision of the Infractions Appeals Committee is final and shall not be subject to further review by any other authority.”