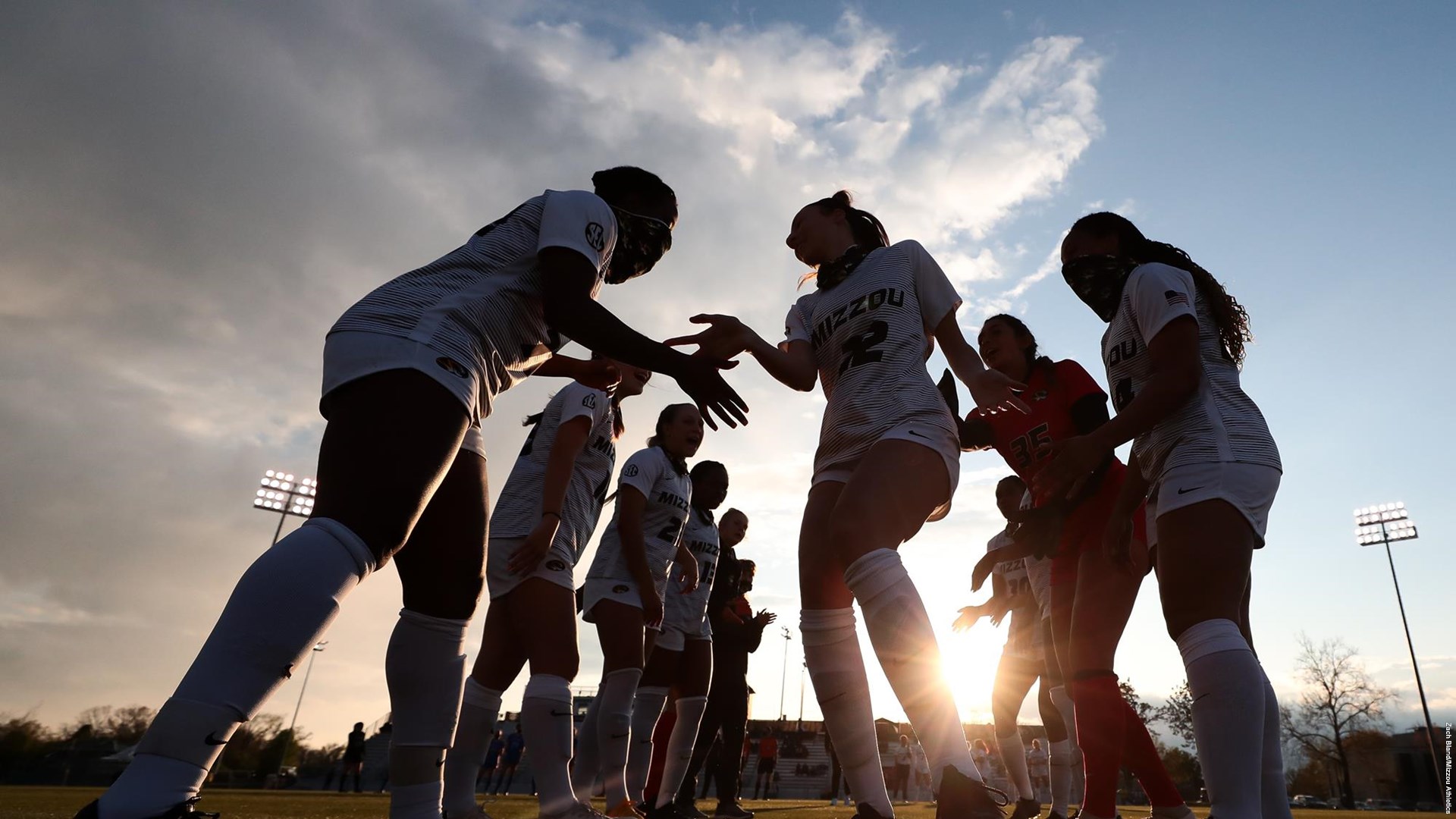 COLUMBIA, Mo. – Mizzou Soccer will open the regular season with five consecutive home matches in Head Coach Stefanie Golan’s inaugural season in Columbia. The Tigers will look to improve upon an unusual 2020-21 season where they finished with a 6-5-3 record.

To open the new campaign, Mizzou will play a pair of exhibition matches in Frisco, Texas against Sam Houston State (August 10) and Oklahoma State (Aug. 13). Oklahoma State is coming off a 13-3-2 season where they reached the Sweet 16 of the NCAA Women’s Soccer Championship.

The Tigers will then return to Columbia to open the regular season with five-straight home games, beginning with rival Illinois (Aug. 19). Mizzou will welcome another Big Ten foe with Nebraska traveling to Mid-Missouri for a Sunday afternoon contest to close out the opening weekend (Aug. 22). Continuing the season-opening homestand, Mizzou will host Indiana State for a senior day match on August 26th.

The Tigers will then face a pair of Atlantic Coast Conference programs in Columbia for the final two home games of the non-conference slate. In a Thursday night bout, the Tigers will face Miami (September 2), followed by a Sunday afternoon battle with Notre Dame (Sept. 5). Missouri will face the Fighting Irish for the second-straight season after traveling to South Bend during the spring of the 2020-21 season.

Mizzou will head west to play a pair of games in the mountains for the conclusion of the non-conference schedule. In the Tigers’ first road match, they will face the Bears of Northern Colorado (Sept. 9). Mizzou will then make the return trip of a match from this past spring and take on BYU (Sept. 11). The Cougars finished the season with a No. 17 ranking in the United Soccer Coaches Poll.

SEC East rival South Carolina will open conference play for the Tigers in a Thursday night bout (Sept. 16). Mizzou will look to get revenge on the Gamecocks, as Carolina took two matches from the Tigers in the fall.

Visit MUTigers.com for the latest information on all things Mizzou Soccer. You can also find the Tigers on social media by liking us on Facebook and following us on Twitter and Instagram (@MizzouSoccer).