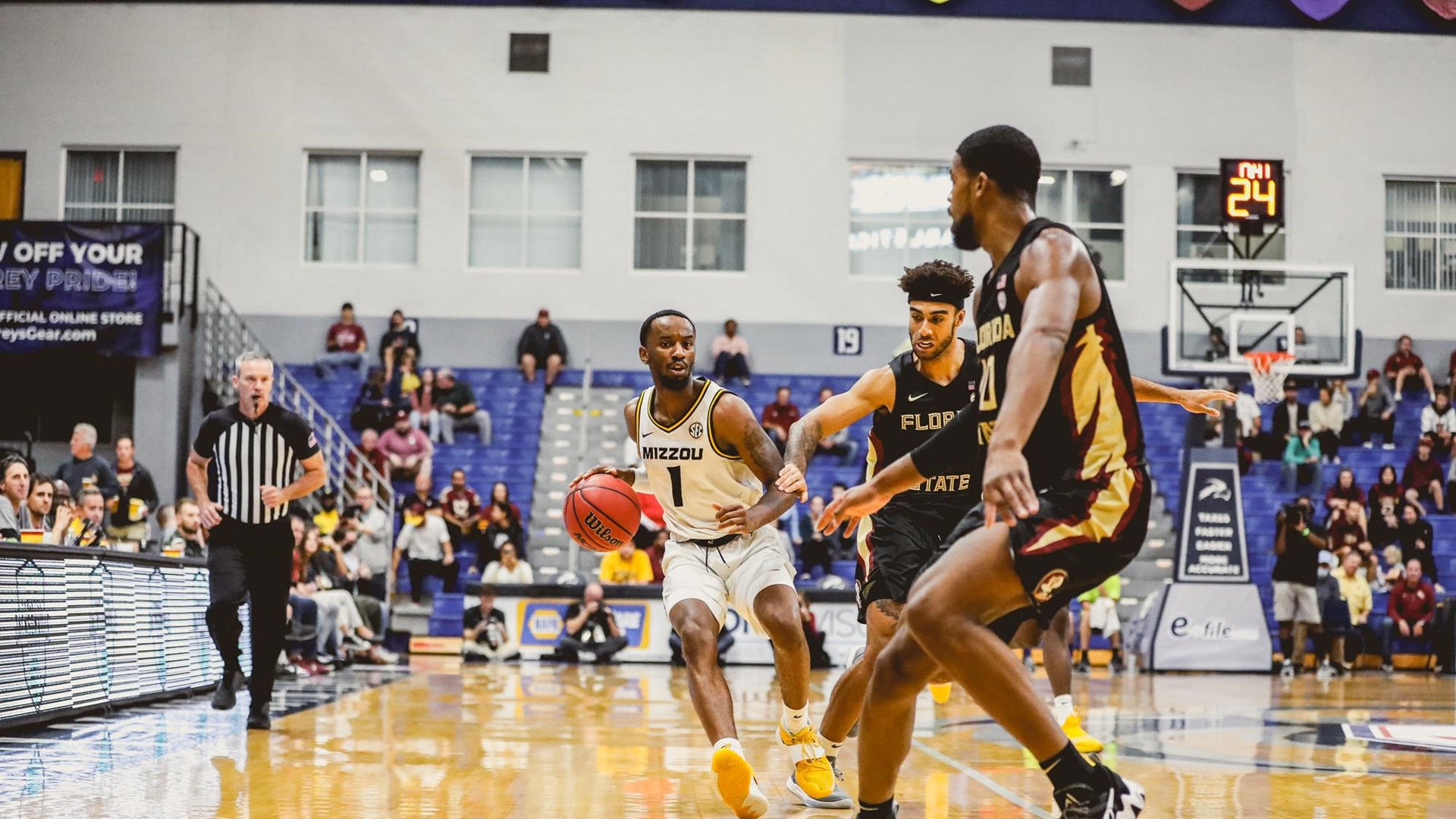 COLUMBIA, Mo. — Mizzou men’s basketball dropped a hard-fought matchup to Florida State, 81-58, in the championship game of the Jacksonville Classic presented by Fabletics on Monday night. Mizzou moves to 3-2 on the season, following a thrilling overtime win yesterday against SMU.

“Our one-on-one defense had to be at a premium, first and foremost,” said head coach Cuonzo Martin. “You have to give credit to their defense. They force you to make some one-on-one plays. We had some opportunities in the paint that I thought we didn’t capitalize on.”

Florida State (4-1) took the lead at the start and held onto it for the length of the contest. The Seminoles capitalized on several turnovers by the Tigers and made it difficult to close the early deficit. Despite facing a halftime deficit, Mizzou came out strong in the second period, keeping the latter half of the game close with 37-35.

The Tigers return to Mizzou Arena to face Wichita State Friday, Nov. 27. Tipoff is scheduled for 7 p.m. CT with the matchup being broadcast on SEC Network.