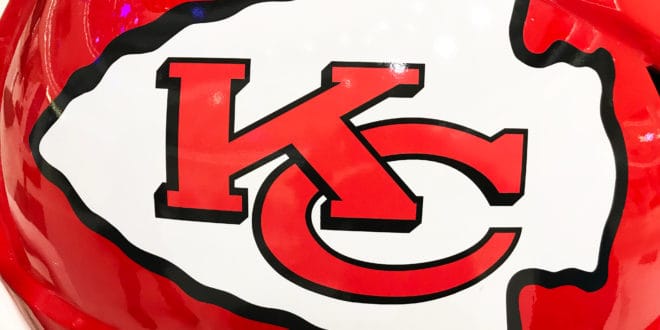 A ten-point comeback once again powered Kansas City in the playoffs… and the 222nd career win for Andy Reid was the one he’ll remember forever.

The Chiefs toppled the San Francisco 49ers 31-20 in Super Bowl LIV in Miami Sunday night. The win was the second Super Bowl victory in franchise history.

Trailing 20-10 with 8:53 left in the game, Kansas City ripped off three straight touchdown drives. The first drive – made in large part on a 44-yard long pass to Tyreek Hill, the game’s longest play – was capped by a Travis Kelce touchdown strike from Patrick Mahomes to make it 20-17 with 6:17 remaining.

Two Jimmy Garoppolo incompletions on the ensuing drive gave the Chiefs defense its first three-and-out of the night, and Patrick Mahomes helped engineer a drive that delivered the winning points. A 39-yard pass to Sammy Watkins in space helped set up a 5-yard catch and run from Damien Williams that was ruled a touchdown on the field, and could not be overturned by instant replay.

With a 24-20 edge surrounding the two-minute warning, San Francisco drove to the KC 49 yard line, but a coverage sack on 4th and 10 all but sealed the game for the Chiefs… and a Williams 38-yard touchdown scamper sealed it for good.

Mahomes didn’t have his very best game, but he did perform at the finish, and was named the game’s MVP. He was 26/42 passing for 286 yards, two touchdowns and two interceptions, while rushing for 29 yards and the game’s first touchdown.