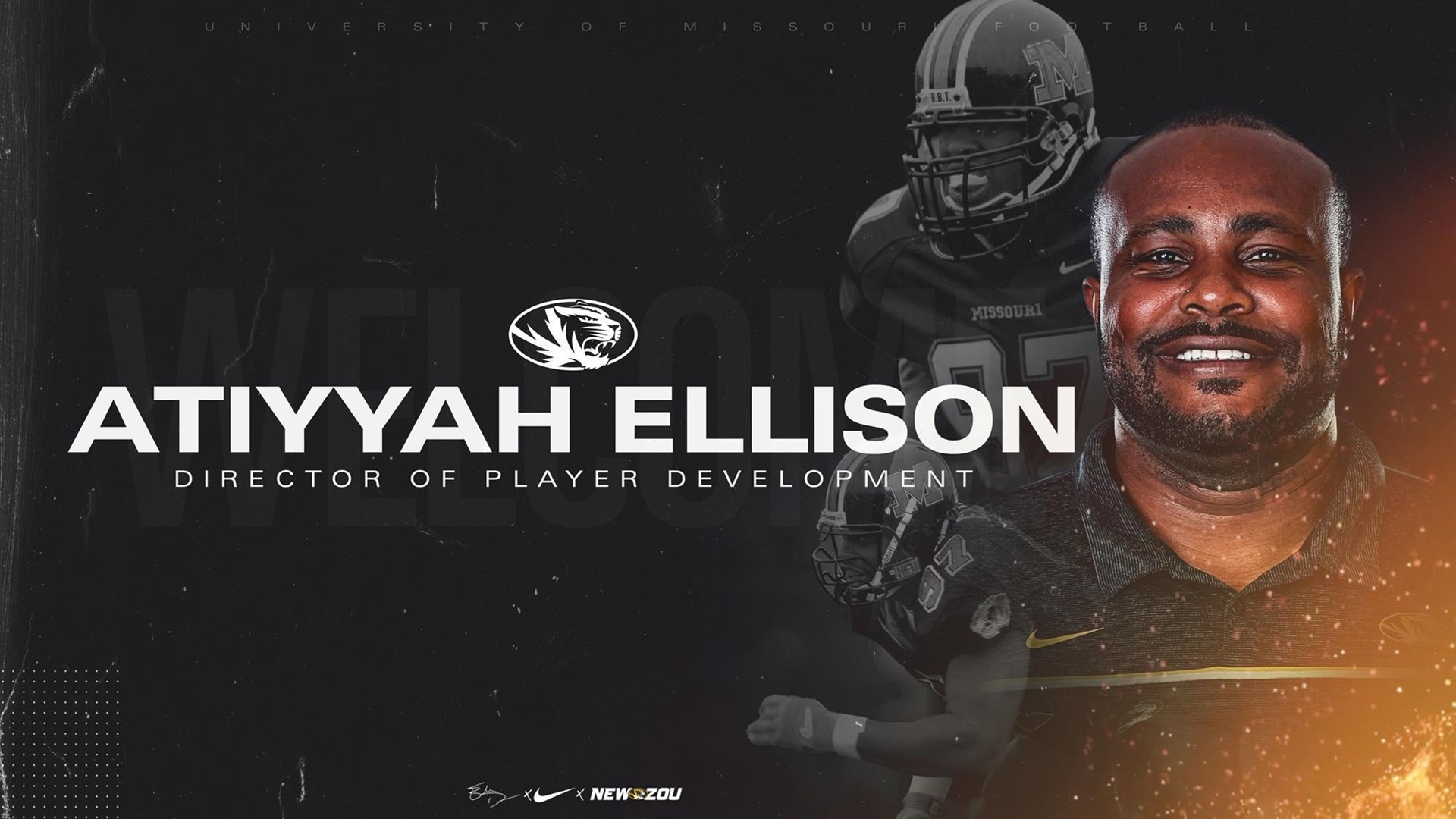 Columbia, Mo. – Head football coach Eliah Drinkwitz announced the hiring of former Mizzou standout and NFL defensive lineman Atiyyah Ellison on Friday. Ellison, a Show Me State native and two-time All-Big 12 selection, will serve as the team’s Director of Player Development. In his new role, Ellison will work with student-athletes to develop and cultivate life skills as they chase two dreams – football and a career beyond football.

“We were looking for a Mizzou alum who could identify with, and support, the everyday needs of student-athletes and our program,” Drinkwitz said. “Atiyyah (Ellison) fits perfectly because of his journey at Mizzou and in the NFL. He will also be able to connect with Mizzou football, both past and present.”

“I’m blessed to be part of this program again,” Ellison said. “I’m grateful to Coach Drinkwitz for the opportunity to be part of the next chapter of Mizzou football, and to add to my professional experiences. I can’t wait to see our student-athletes continue to grow, on and off the field.”

Following his collegiate career, Ellison was selected by the Carolina Panthers in the 2005 NFL Draft with the 25th pick in the third round (89th overall). He was a member of seven NFL franchises in his six-year professional career, most notably appearing in 15 games for the Jacksonville Jaguars in 2009 where he made six starts, had 16 tackles and 2.0 TFL.

Ellison, a St. Louis native, was ranked as one of the top defensive lineman in the Midwest after a superb prep career at Parkway South High School. Ellison earned all-state honors on the football field, all-conference honors on the basketball court, set the school shot put record and was a state qualifier on the track and field team.