Women’s Bowling Finishes Fall Season at Clash of the Spartans 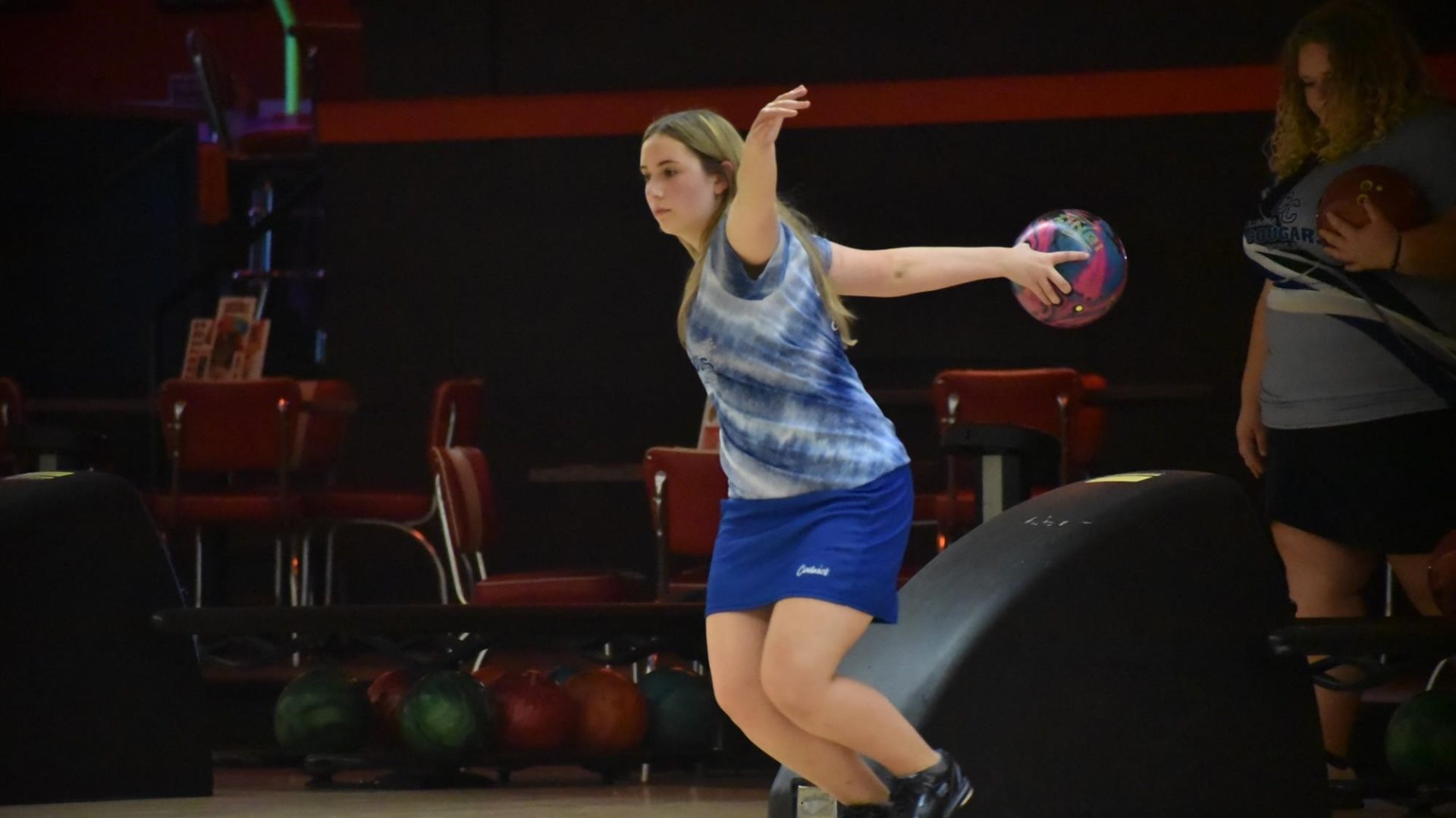 The “silver” team finished fourth out of 10, while the CC “navy” team placed third out of three reserve teams.

The silver team competed in an all-baker game format tournament. After day one, the team was tied for second-place based on set by set record at 11-5. Through 35 baker games on Saturday, CC shot 5,530 for an average of 172.

On Sunday, the teams competed in a three-game position round and qualified third for the match-play bracket. In those three games, CC shot a total series of 500, finishing with a total of 6,030. The Cougars finished fourth in the power points standings, which is based on total pins from the weekend.

In the first round of the match-play bracket, which is best of three, the Cougars knocked out Missouri Baptist, 2-1. CC dropped the first game 170-151 but battled back to take game two (203-181) and the third game (201-178), recording clutch shots all up and down the lineup.
CC advanced to the semifinal round of the bracket and faced Baker (Kan.). After a back-and-forth game one, the Wildcats came out on top, 215-181. The breaks did not go in CC’s favor in game two, and Baker took game two 197-169 and the match 2-0. Baker lost to Grand View (Iowa) in the championship round.

Jordyn Czerw made the All-Tournament Team, which the opposing coaches select throughout the day on Saturday.

The Navy team competed in a one-day tournament on Saturday and started off a little slow. Through six of 12 matches, the team had only won twice. The group turned things around a bit, finishing the day with five wins, and held the three-seed going into bracket play. The Cougars shot a 3,668 total in 24 baker games during the qualifying rounds.

Bracket play was best 3-of-5 baker games. The Cougars faced Midland (Neb.) and won the first game, but the Warriors came back and won the next three games to take the match, 3-1.

Head Coach Damon Helgevold
“This was just a fantastic weekend for everyone. We showed how much growth we have made this semester. Being in some stressful situations and able to not only get through them but do so confidently and with success. That is something four weeks ago we would’ve folded under the pressure. This weekend we didn’t. Instead, we battled back and picked up wins during some tough spots of the day.

“I’m so proud of this team on so many different levels. To be able to walk away with a 4th place finish, semifinals in bracket play, and probably our best performance of the year so far makes me super happy. It is our last tournament of the semester, and it showed just how far we’ve come. I’m excited to see how we stack up as we enter the bigger tournaments following the break. Still, some work to do, but overall the girls are in a good spot and throwing the ball extremely well. right now.”

Up Next:
In Addison, Illinois, the Cougars compete in the Kegal/ISBPA Midwest Collegiate tournament on Jan. 15-16.