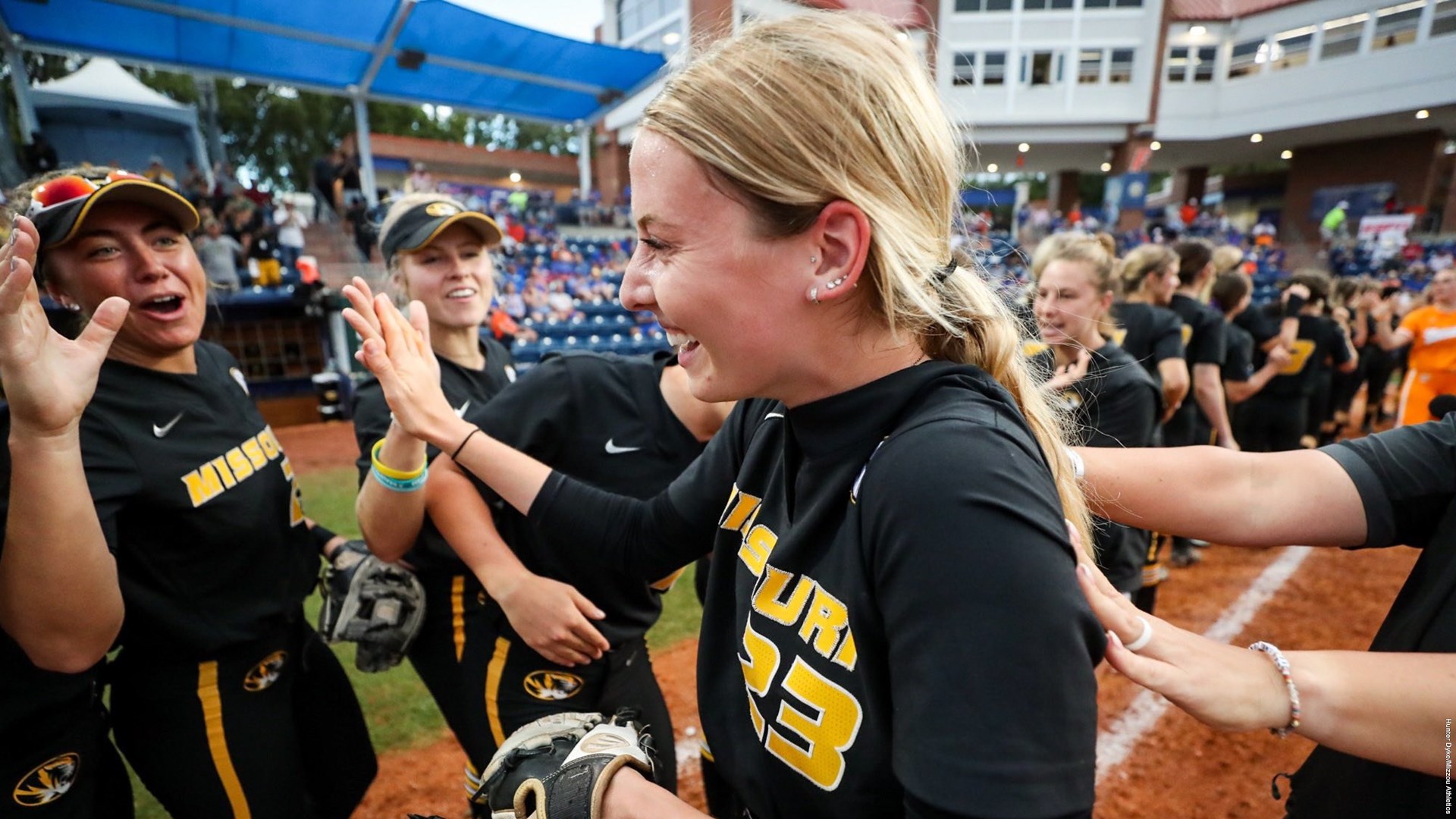 GAINESVILLE, Fla. – Jordan Weber picked up her second shutout victory of the SEC Tournament and the No. 24/22 Tigers crushed three solo home runs to sink No. 13/10 Tennessee (39-16) and earn a spot in the SEC Championship game. University of Missouri softball (36-19) advances to the SEC Tournament Title game for the second time in program history.

Jordan Weber was spectacular in the circle for the Tigers. Tennessee’s best chance of the game came in the second inning. After the first two batters of the inning each singled, they were bunted over to put a pair in scoring position. Weber forced a pair of groundouts to strand the runners in scoring position.

Emma Raabe provided the Tigers’ first baserunner of the afternoon with a ground-rule double to left center with two outs in the third, but she was left stranded.

Tennessee put a pair of runners on board in the bottom of the third with back-to-back infield singles, but a line drive right at Raabe quickly ended the threat with a double play.

Mizzou got on the board in the fourth inning with a Kimberly Wert solo home run to right field. The Tigers added another run in the fifth with a Hatti Moore solo blast to left center to make it 2-0. Before the inning ended, the game entered a weather delay that lasted two hours and 33 minutes.

Weber went back out to the circle and kept Tennessee off the board once again. Kara Daly added a key insurance run in the top of the seventh with a tape measure blast down the left field line.

Jordan Weber picked up her second shutout of the tournament. Over seven innings, she scattered six hits and did not surrender a walk while striking out one. She moves to 15-6 on the year.

Kimberly Wert crushed her 17th home run of the season to give Mizzou the lead in the fourth.

Hatti Moore moved into seventh in program history with the 42nd blast of her career.

Kara Daly crushed her 12th home run of the year to put the game away in the seventh.

All four of the Tigers’ hits were for extra bases, including three home runs.

The Tigers advance to their first SEC Tournament Final since 2013, the program’s first year in the Southeastern Conference.

The Tigers will take on No. 4/5 Arkansas in the SEC Tournament Final on Saturday, May 14 at 4 p.m. CT. in Gainesville, Fla. Michele Smith, Amanda Scarborough and Eric Frede will have the call on ESPN2 with Andraya Carter as the reporter.