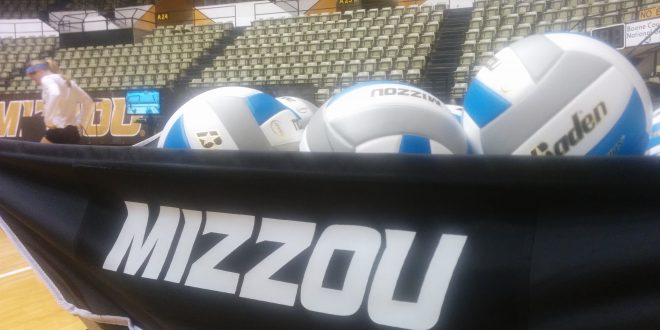 The Kreklows came to Missouri in 2000 after winning the 1998 and 1999 NAIA National Championships at Columbia College, with an 85-0 record in those two seasons. At Mizzou, they posted a 413-194 record in 19 seasons at the helm, with four Sweet 16 berths and one Elite Eight in their 15 NCAA Tournament runs. Their 2013 and 2016 SEC Championships remain the only SEC titles Mizzou has won in a team sport since joining the league.

“We’re so very grateful to have been given the opportunity to be a part of the University of Missouri for such a very long time,” the Kreklows said. “It seems like only yesterday that we started our coaching journey at Mizzou. We’ve been incredibly blessed to have worked with so many incredible student-athletes and so many great staff members over the years. They’ve made so many great seasons possible. We’re so excited about what’s next for this group! They’re so talented and so deep, maybe our best group ever. We’ll always bleed black and gold. M-I-Z!”

Perhaps the greatest measure of their success in program-building comes in comparison to the volleyball program they inherited. Just two years before Susan Kreklow became head coach (she stepped to an operations role in 2005, when husband Wayne took that position), Missouri’s volleyball team went 0-28 in a season. With the Kreklows at the controls, Mizzou never lost more than 17 matches in a year.

“Wayne and Susan have been synonymous with Mizzou Volleyball for nearly two decades, and in that time established a championship culture that helped them build a perennial Top 25 program,” Mizzou Athletic Director Jim Sterk said. “They were deeply committed to academic and on-court excellence for their student-athletes while passionately working to form a special bond with Columbia and Mid-Missouri that helped them enjoy one of the most-successful runs any Mizzou program has ever produced.

Kreklow-coached teams consistently achieved high marks in the classroom, displayed tremendous character and grit, all while competing for conference titles and NCAA Tournament bids on the court and connecting with fans throughout the Show Me State. In short, it’s what I believe all 20 of our Mizzou teams are capable of achieving with the roadmap Wayne and Susan leave behind.

We are forever grateful for the incredible ride Wayne and Susan took Mizzou Volleyball on over the last 19 seasons, and I believe their legacy of academic and athletic successes will live on with future Tiger Volleyball teams. All Mizzou fans join me in wishing them well as they move on to the next chapter of their lives and we look forward to publicly thanking them for all that they have done for Mizzou Athletics this fall.”

The Kreklows produced 22 AVCA All-Americans at Missouri, and their teams spent 102 weeks ranked in the AVCA top-25 poll.