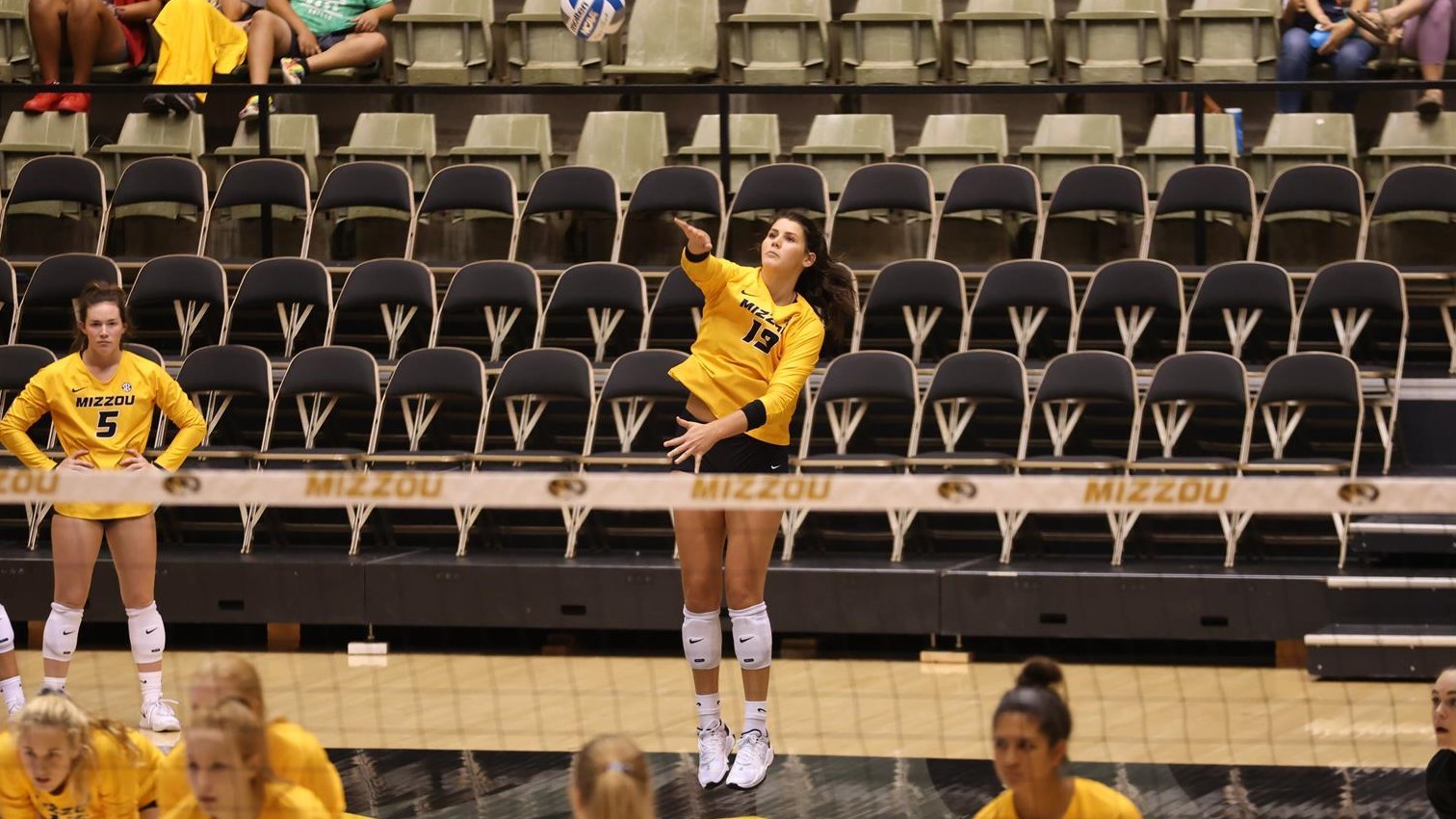 Anna Dixon powered the Tigers offense with a match-high 12 kills as she leads Mizzou. The Tigers saw outstanding production by its freshman as three recorded seven kills – Kayla Burbage, Jordan Iliff and Kaylee Cox. Trista Strasser also had an efficient performance with five kills on seven attacks for a .714 hitting percentage.

Visit MUTigers.com for the latest information on all things Mizzou Volleyball. You can also find the Tigers on social media by liking us on Facebook (Mizzou Volleyball) and following us on Twitter (@MizzouVB) and Instagram (MizzouVB).