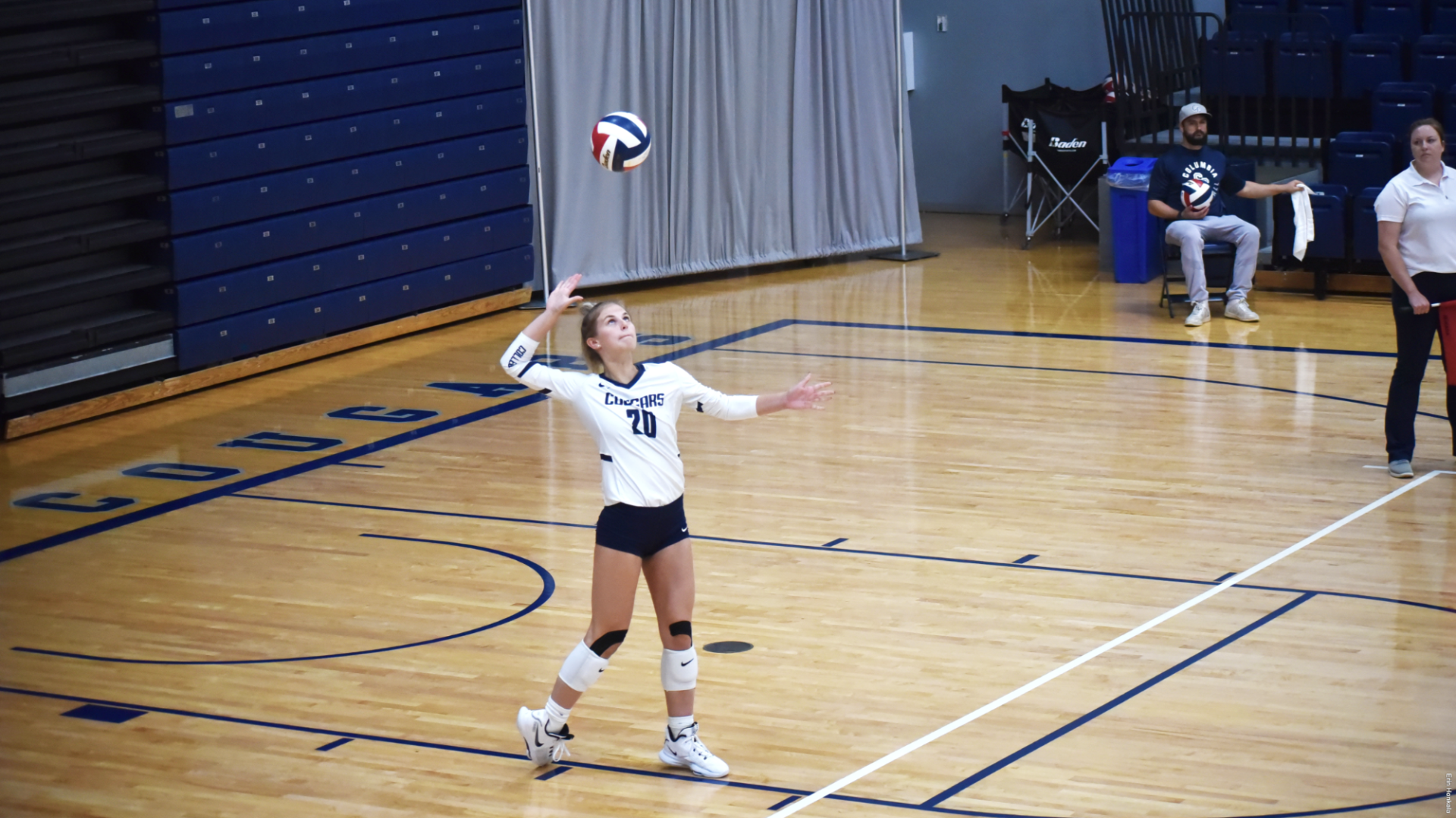 Columbia, Mo. – The #25 Columbia College volleyball team (8-7, 1-0 AMC) took on the Trojans of Hannibal-LaGrange University (2-14, 0-1) tonight in their first American Midwest Conference matchup of the season.

The Cougars’ defense caused problems for the Trojans in the first set as they held HLGU to just seven team kills on a .028 hitting percentage on the way to a 25-16 first set win.

In the second set, the Trojans jumped out to a quick 5-2 lead over the Cougars. Columbia started to chip-away at the Trojans’ lead as both teams traded points until an 18-14 Columbia lead. The Trojans used their first timeout of the set to gain some momentum as they took the next six points to take a 20-18 lead. Not to be outdone, the Cougars again worked their way back with kills from Janae Johnson and Danielle Prior to take a late 24-22 lead. A block from Prior sealed the second set win for Columbia, 25-22.

The third set saw the Cougars take a quick 7-3 lead. A few errors from Columbia combined with some tough offense from the Trojans closed the Cougars’ lead to 10-9. Columbia’s offense pushed their lead to 24-19 before a kill from Abby Massengill gave the Cougars the third and final set, 25-19.