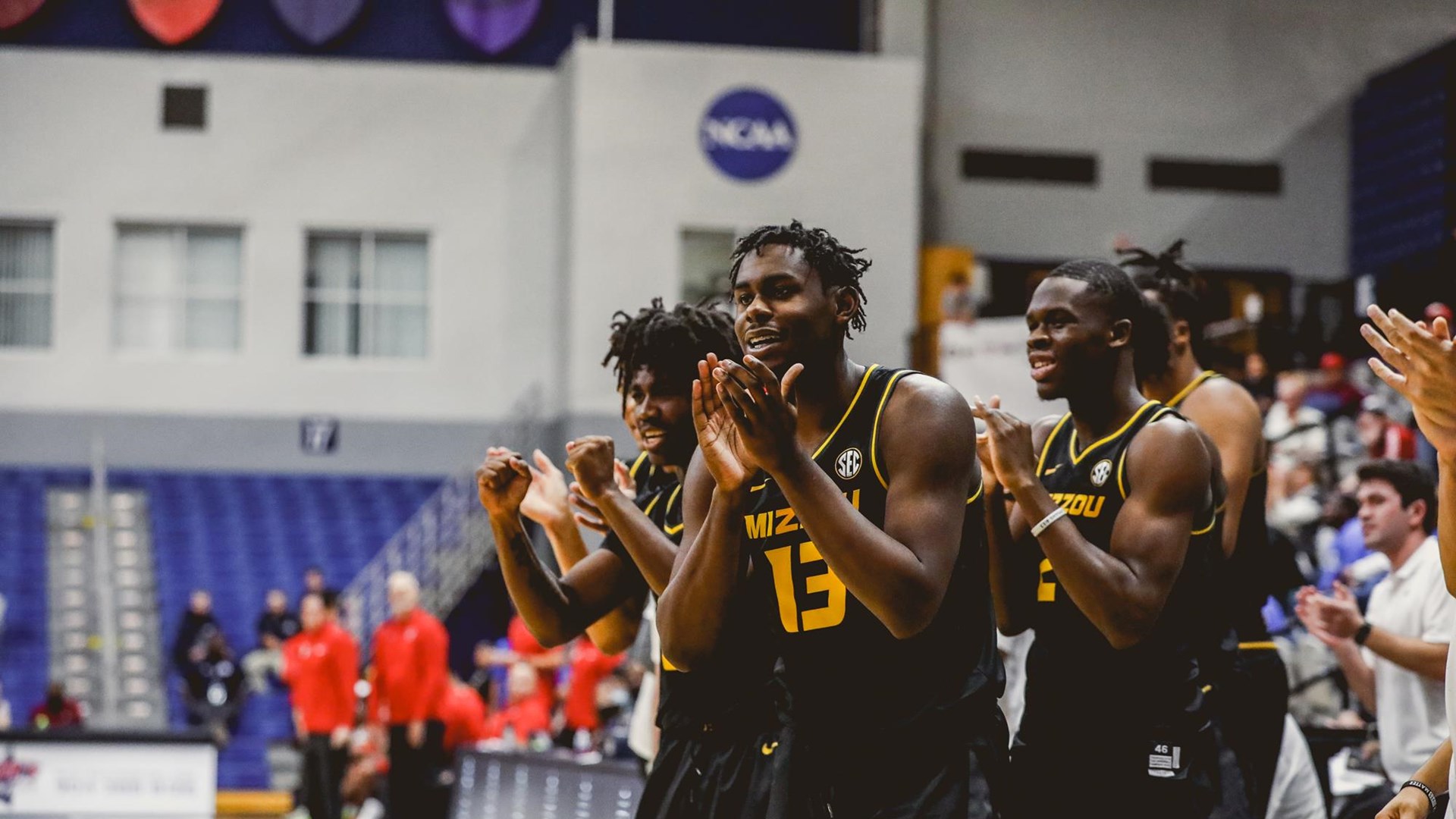 COLUMBIA, Mo. — After going down 13 points in the second half, the Tigers shot 7-of-10 from the field in the final six minutes of Sunday night’s game, including nine points by Ronnie DeGray III, to force Mizzou’s first overtime game of the season. Mizzou defeated SMU, 80-75, moving to 2-0 in the Jacksonville Classic.

Mizzou is set to face off against Florida State tomorrow, Monday, Nov. 22 at 7:30 p.m. CT in the championship game of the Duval bracket.

“Great time win in a gritty, tough game,” said head coach Cuonzo Martin. “When you watch SMU on film they play experienced guards. The first seven guys off the bench were seniors. We knew they’d be tough. I think what changed it for us offensively was when DaJuan became more aggressive but also Kobe and Ronnie when they started to make their threes.”

Mizzou’s suffocating defense came out solid to open the game, holding SMU without a field goal for the first seven minutes. SMU however ended the half on a 18-0 run for a 29-18 lead. Jarron Coleman and Kobe Brown came out with a quick five points to open the second and cut the deficit to six, but SMU didn’t give way and quickly moved back to a 13-point lead.

Down 51-39 with eight minutes left in the game, the Tigers shrunk the lead to single-digits on a 3-pointer by DeGray III. DeGray III had nine points in less than two minutes, pulling the game within striking distance at 54-50. DaJuan Gordon then took over, completing the 23-9 Mizzou stretch to finish regulation, by contributing eight points of his own. Gordon sunk the game tying free throw with less than 30 seconds on the clock.

After not leading through the entire second half, Mizzou struck first in the overtime period on a pair of free throws by DeGray III. SMU took its final lead of the night at 68-66 on two free throws and a jumper before the Tigers closed down the stretch with 4-of-5 shooting and a perfect 5-of-5 look at the charity stripe.