Tigers Command the Leaderboard After Day One 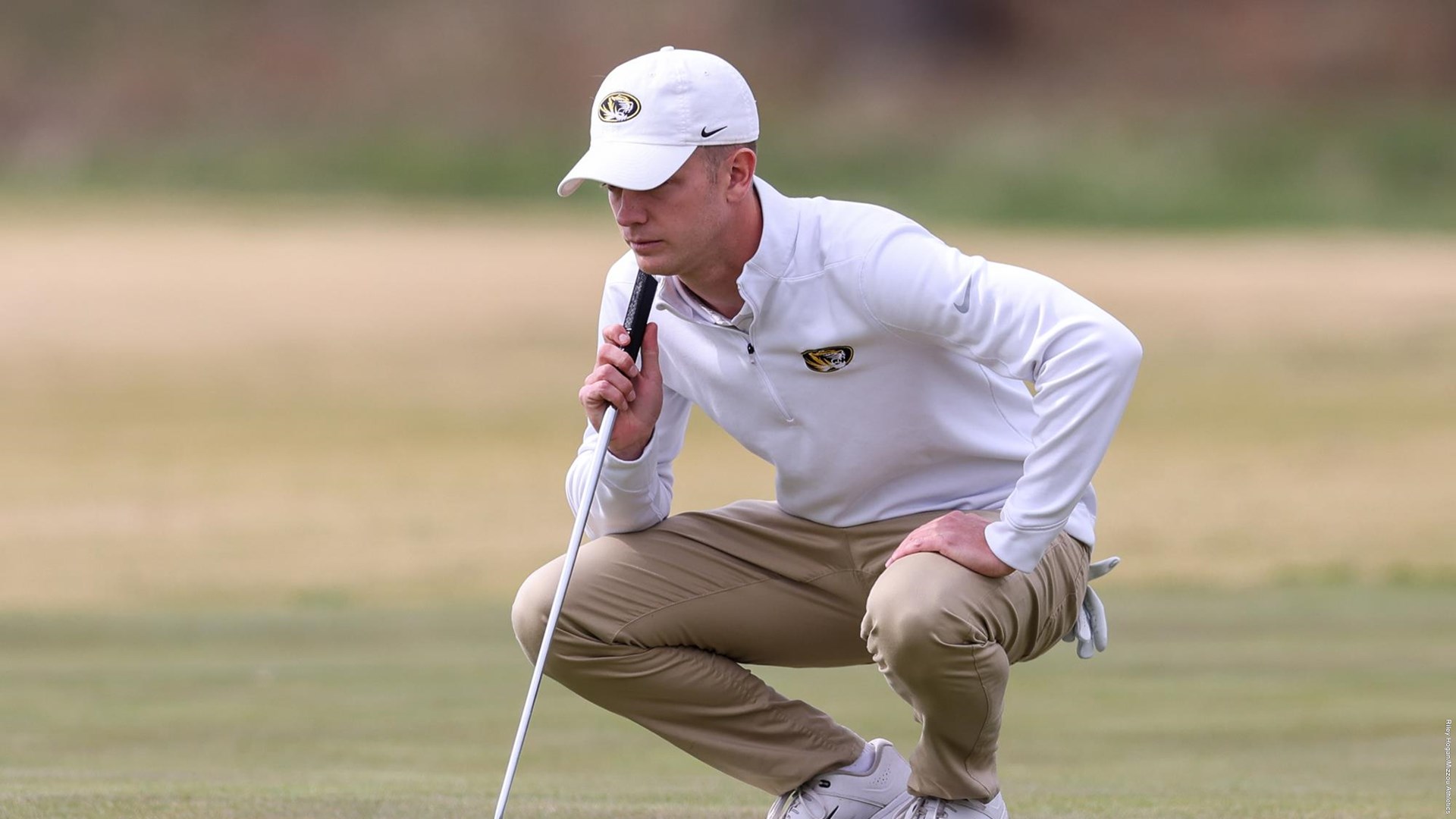 COLUMBIA, MO – The University of Missouri men’s golf team finished day one of their home MU Tiger Invitational with a 16-stroke lead on top of the leaderboard with graduate student Jack Parker pacing the team in first place individually. The Tigers rounded out their two consecutive rounds today with a 32-under-par 544 score after firing season low team round scores of 270 and 274, respectively. All eight Tigers competing carded their second-rounds under-par.

Parker took hold of the lead after posting back-to-back, bogey-free rounds under-par with a 4-under 68, followed by a 6-under 66. One stroke back is sophomore Jack Lundin who sunk 11 birdies on the day to end in 5th place.

Juniors Yu-Ta Tsai and Charlie Crockett each share a hold of 6th place with a 7-under 137 two round score. Senior Tommy Boone shot a pair of 71s to tie with redshirt-freshman teammate Dawson Meek in 16th place. The final Tiger in the top-25 is junior Michael Terblanche who finished the day even-par. Freshman Dagbjartur Sigurbrandsson enters the final round tomorrow at T-59.

The Tigers look to continue the charge and defend both their team and individual title tomorrow in the third round which once again features an 8 a.m. shotgun start.