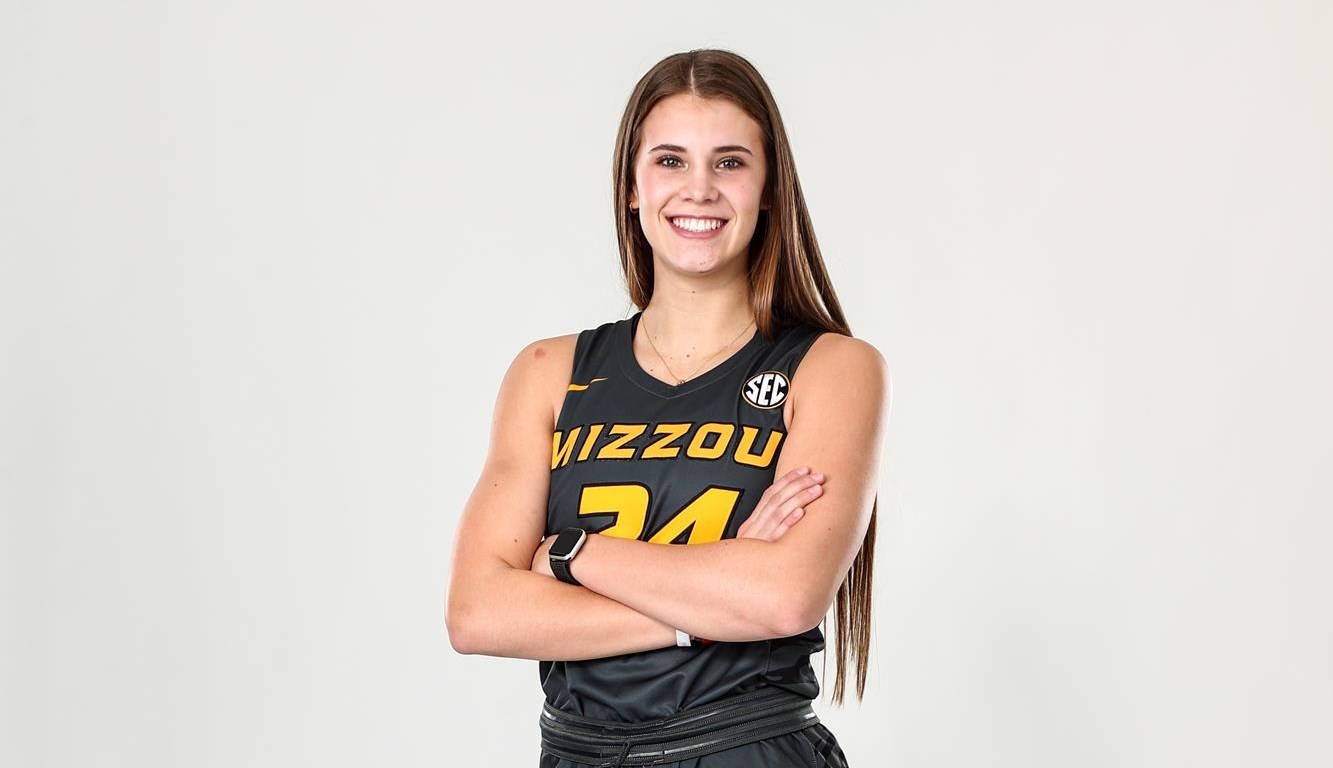 COLUMBIA, Mo. – University of Missouri women’s basketball head coach Robin Pingeton announced the addition of Ashton Judd who signed her National Letter of Intent and will continue her academic and athletic career at the University of Missouri. A West Plains, Missouri native and Class 5 Player of the Year, she joins Columbia, Missouri native, Averi Kroenke, as the second signee in the women’s basketball 2022 class.

“We are so excited that Ashton is officially joining our family,” says Pingeton. “She is a phenomenal player and impacts the game in so many ways. Not only can she score on all-three levels, she is also active, has a high motor, rebounds out of area, and has an overall great feel for the game. But what we love most—she is a fierce competitor. Her numbers, successes, and accomplishments speak to her drive and her desire to compete. Ashton is truly committed to excellence on and off the court. She’s a dedicated student and she embodies so many of the things we value within our culture: gratitude, service, embracing the process, and loving others well along the way. I have always been so impressed with her high character, her willingness to stay grounded in her values, and her determination in the pursuit of her goals. I have no doubt that she will be a natural fit into our program and into our locker room, and we are counting down the days until we can get her on campus!

Judd, a 6-0 guard out of West Plains Senior High School, is a two-time MBCA All-State selection and was the Class 5 Player of the Year for the 2021-2022 season. In her senior campaign, she led the Lady Zizzlers to a 27-4 record, a Class 5 State Championship, and a Class 5-District 5 Championship while averaging 26.1 points, 11.5 rebounds, 3.5 assists and shooting 39.7% from the three-point line. In the state championship game, she scored 30 points and pulled down 11 rebounds. Ashton was voted to the All-Conference, All-District, and All-State teams, and was named the Co-Conference and District Player of the Year, as well as the Class 5 Player of the Year.

“I chose Mizzou for multiple reasons,” says Judd. “I wanted to stay close to home and play in my home state, play at the highest level, and I loved the girls on the team. But most of all, I chose Mizzou because of the coaching staff. Throughout the recruiting process, they didn’t just express how much they wanted me as a basketball player, but they treated me like family. One thing throughout the recruiting process that was a “non-negotiable” for me was culture, and it was clear that culture is the priority at Mizzou. Coach P puts her players first and wants the best for them and I knew that she was who I wanted to play for.”