‘There is no ceiling’: Dr. Tiffany Bohon 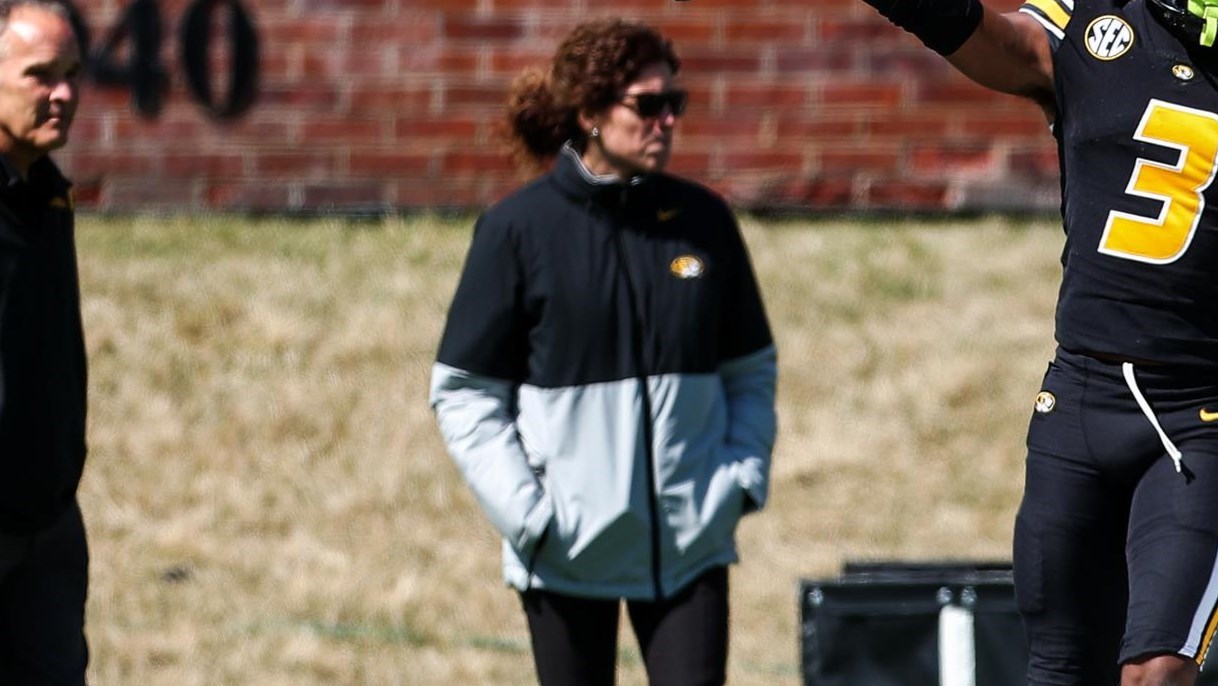 For Dr. Tiffany Bohon, a family and sports medicine specialist, being a student-athlete at the University of Missouri helped her develop valuable lessons that she has taken with her to build a successful and rewarding career as Mizzou Athletics’ Associate Head Team Physician, working closely with the swim and dive and football programs.

Bohon joined the Mizzou swim and dive program in 1999 and concluded her athletic career as a four-year letterwinner and team captain. She was an integral part of the team’s success through her leadership while holding multiple school records.

During on her time as an undergrad Bohon and the swim team would campaign in the community for funds to help with a new facility.

“Seeing how far the team has come not only in competing but with the facilities is truly amazing,” Bohon said.

The Columbia native was unsure if she would end up swimming for her hometown team. However, when the recruiting process started, she quickly realized that Mizzou would be her next steps, educationally and athletically. Being able to swim at such a high level and have the local crowd cheering her on was the driving factor when it came to committing to Mizzou.

“Being a student-athlete was a challenge,” Bohon said. “At first you have the initial shock of being a freshman, then you add training and competing at a high level. It was difficult to find that balance between being a student and an athlete.”

Bohon attributes these early lessons in how she manages the daily demands of her profession. Early in her career, Bohon found a mentor close to home in Dr. Jim Kinderknecht. The two met during Bohon’s time at Mizzou where Kinderknecht was one of the athletics physicians. They built a strong professional relationship, leading to Bohon’s fellowship in New York with Kinderknecht where she worked with the New York Giants and Mets. She also spent three years as team physician with USA Swimming.

In 2014, Bohon found her way back to the Show Me State and her alma mater as an athletic training room physician. In 2015, she returned to the pool that she once competed in as the swim and dive team physician. Bohon’s familiarity with the demands of the student-athlete gives her a unique perspective when it comes to care.

“These student-athletes have a lot of pressure on them to compete day in and day out,” Bohon said. “While also having the pressure of excelling in the classroom, the combination can lead to burn out. I was lucky enough to have never been burnt out and I want that to be the experience for all my student-athletes.”

In 2020, Bohon was promoted to her current role. Reflecting on her journey, she prioritizes paying it forward for the next round of young professionals looking to get into this field.

“I want to be the mentor that Dr. Kinderknecht was to me,” Bohon said. “I want the students I work with to have the training, skills, and confidence to hold any job in this industry, no matter what.”

In the sports medicine field, only 25 percent of the physicians are women.

“On a day-to-day basis, I do not see that only 25% of team physicians are female,” Bohon said. “When I attend conference, it is a little eye opening to me.”

“Anyone can do this job,” Bohon added. “What really matters is how hard you work and that you have the education; you can accomplish anything. I know, anything I want to do, I can. There is no ceiling to what I can accomplish. That’s what drives me.”