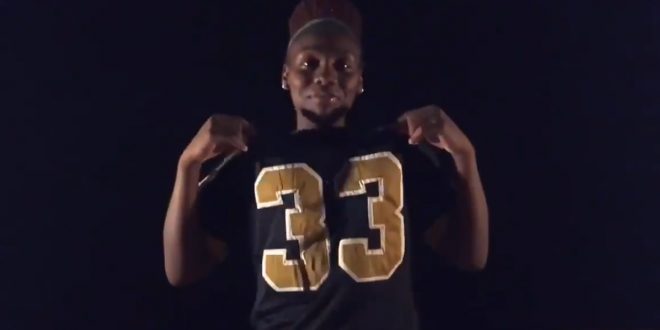 Guard Aijha Blackwell of the Whitfield School announced on Twitter Monday night that she would become a Missouri Tiger. She’s a consensus five-star hoops recruit, ranked eighth in her class by ESPN.

Is this what you all were waiting for? 👀

The daughter of former Missouri running back Ernest Blackwell, Aijha chose the Tigers ahead of Kansas and women’s basketball power Louisville. She joins a 2019 class for head coach Robin Pingeton that already features top-30 ranked wing Hayley Frank of Strafford.

Blackwell is a three-time Class 3 All-State selection in Missouri, a USA Today All-Missouri first-teamer last season, and helped the Team USA Under-18 squad to a gold medal at the FIBA Americas U18 Championship in Mexico City this past August.

Your home for every Mizzou Women’s Basketball game this season is KTGR and KTGR.com!