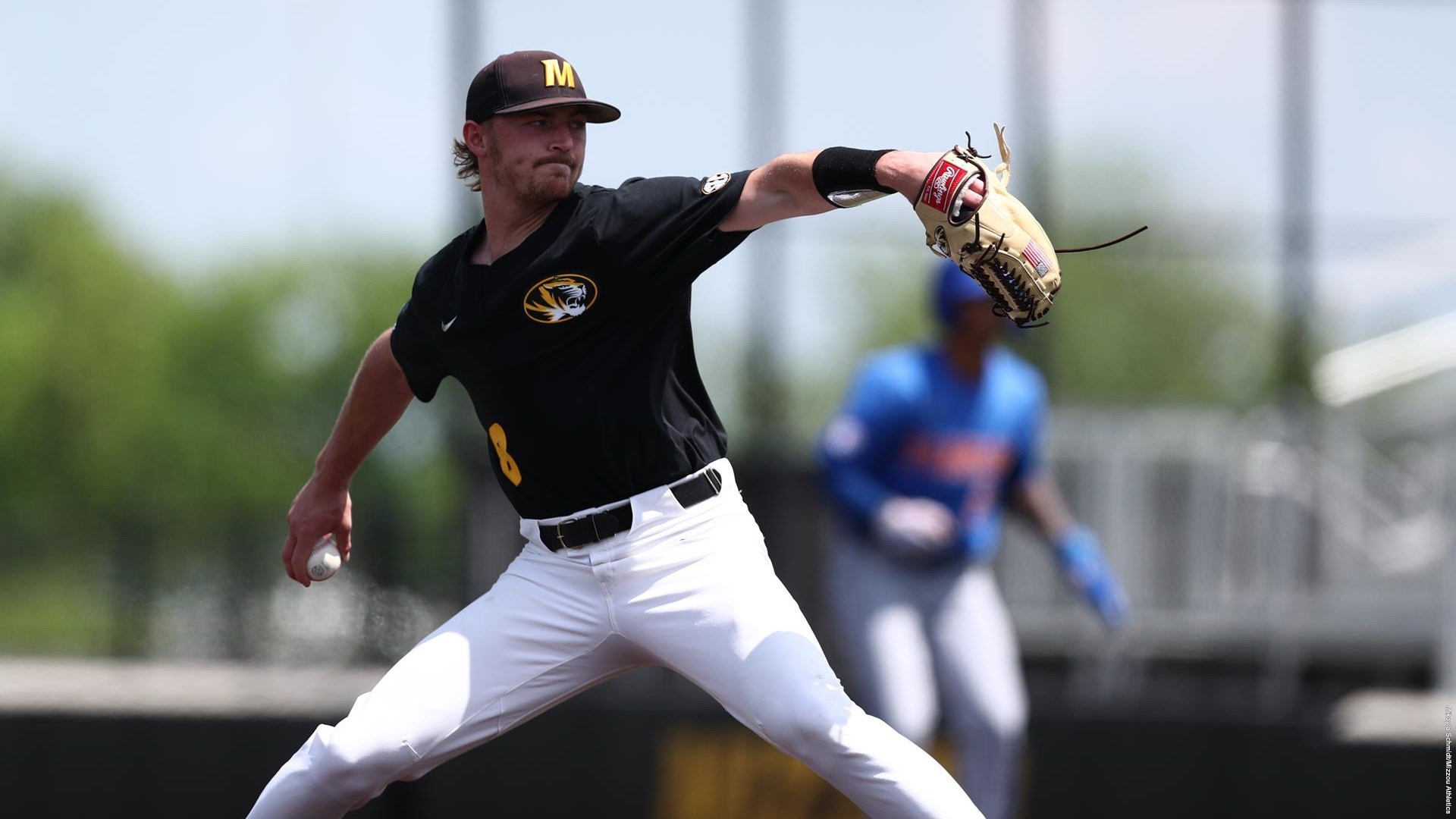 COLUMBIA, Mo. – Torin Montgomery launched a three-run home run in the fifth inning to help Missouri baseball to a 5-3 win over Florida on Saturday afternoon at Taylor Stadium.

Mizzou (26-21, 8-18 SEC) picked up a crucial victory behind the Montgomery homer and strong pitching from Spencer Miles and Ian Lohse. Miles (4-5) went six innings in the start, surrendering three runs on six hits for the quality outing. Lohse took it the rest of the way, working three scoreless innings to pick up his third save of the season.

At the plate, the top four of the Mizzou order all had multi-hit games. Montgomery led the way with a 3-for-5 day and the three-run homer. Josh Day went 2-for-5 with an RBI while Mike Coletta added the other RBI in a 1-for-3 day.

Down 3-1 at the halfway point, Mizzou scored three in the fifth inning to take the lead. Luke Mann got the inning started when he capped a spinner to third base for an infield single. Trevor Austin dropped a single into right center to put two aboard for the Tigers. With one out, Montgomery stepped to the plate and found a hanging breaking ball in a 2-1 count. The junior launched the offering over the left center field wall for the go-ahead home run.

The Tigers would not surrender the lead, tacking on an insurance run in the eighth to even the series.

Coach Bieser on the pitching performance…

“We know that’s the key to baseball. We’ve got to continue to get good pitching efforts and that was an outstanding one both for Miles and Lohse. So, real proud of the way that those guys stepped out there and executed in some tough situations.”

Mizzou and Florida meet in the rubber match on Sunday afternoon at 1 p.m. The finale will stream on SEC Network +.