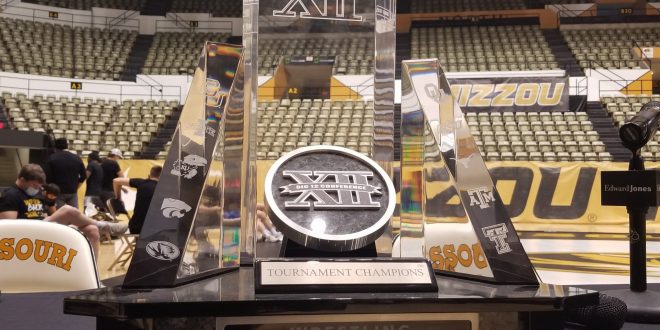 After nine years away, Missouri Wrestling is heading back to the Big 12.

Mizzou Athletics announced the move Thursday, following approval from the Board of Curators. The move from the Mid-American Conference will officially take place as of July 1st, 2021. Missouri has captured ten straight wrestling conference titles, with their last being in 2012 as a member of the Big 12.

The Tigers had wrestled in versions of the conference from the 1920’s onward through the 2012 season. Missouri re-establishes conference rivalries with Iowa State, Oklahoma State, and Oklahoma after the move, and joins a league with nine new members since its departure. The Big 12 began to introduce affiliate members in the sport several years ago.

University of Missouri president Mun Choi said “This is an exciting opportunity for our wrestling program. Coach Smith has done a tremendous job in his 23 years leading the program. Like many of our fans, I am very excited to see what the future holds for Mizzou wrestling in the Big 12.”

Big 12 Commissioner Bob Bowlsby said “The addition of Missouri wrestling fortifies the Big 12 as one of the sport’s premiere conferences. The MU program has established itself among the finest in collegiate wrestling, boasting 58 All Americans and ten Top 10 NCAA team finishes.  The road to a Big 12 championship title has become an even bigger challenge.  We welcome Missouri wrestling back to the Big 12 and look forward to hosting Tiger fans at the Conference championship tournament in Tulsa.”