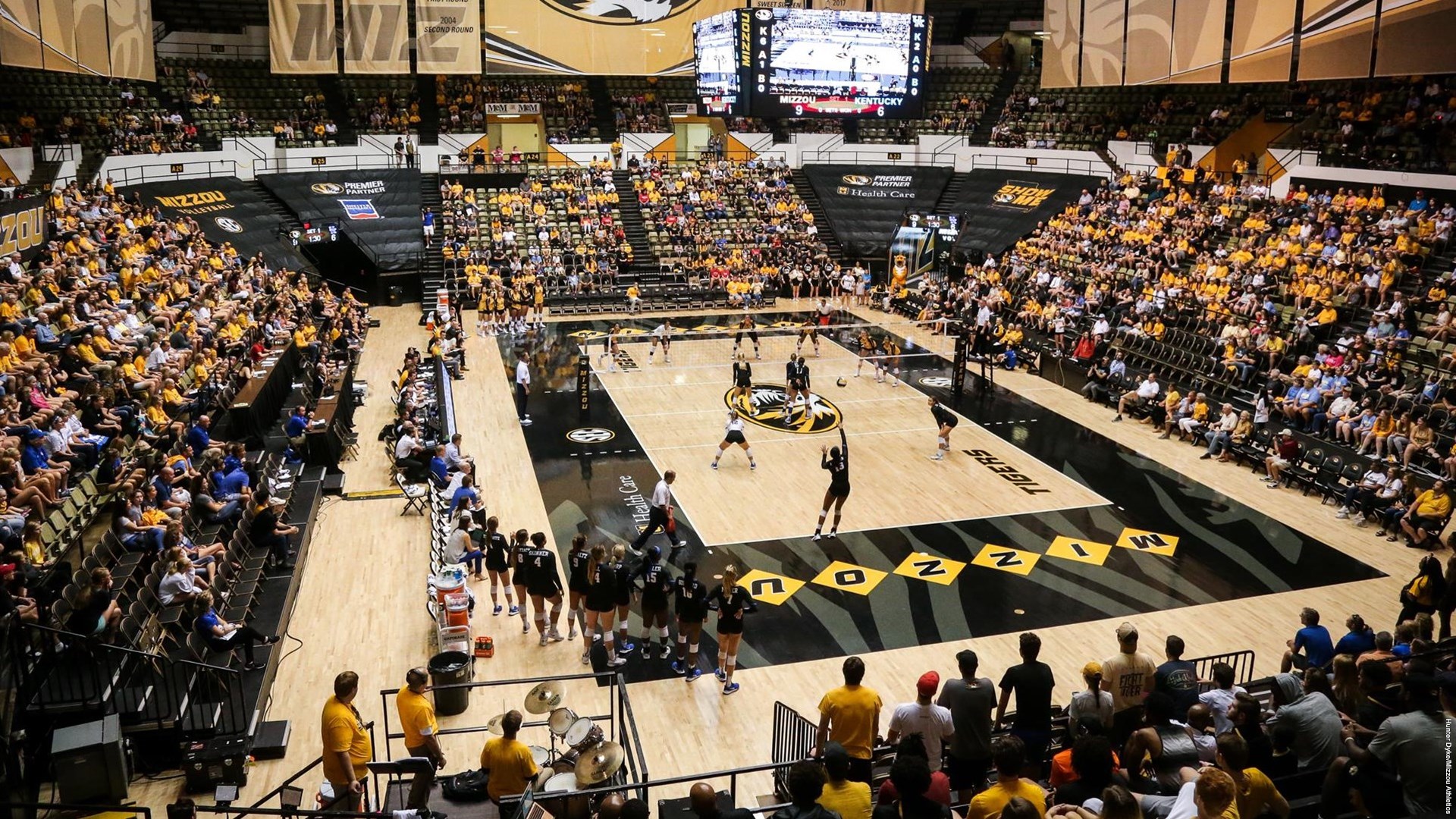 COLUMBIA, Mo. – Mizzou volleyball will open the 2021 campaign at home in the Hearnes Center on August 27-28 in the Mizzou Invitational. The new-look Tigers will play a total of 13 home matches and face six NCAA Tournament teams from the 2020 season.

Mizzou will welcome Saint Louis, UMKC and Creighton on opening weekend. The Tigers begin the season with a twin bill against the Billikens and Roos before facing Creighton in a matchup of 2020 NCAA participants.

The Tigers non-conference slate also features trips to tournaments at Louisville (Sept. 3-5), Wyoming (Sept. 10-11) and Illinois State (Sept. 17-18). At Louisville, Mizzou will face a pair of 2020 NCAA participants, including a rematch of the Tigers’ first-round matchup with South Dakota. During the Illinois State tournament, Mizzou will rekindle its rivalry with Illinois.

Mizzou faces former Big 12 foe Kansas State in a non-conference tilt at the Hearnes Center on Tuesday, Sept. 14. The match will also pit Anna Dixon and Brynn Carlson against their former team.

The regular season SEC schedule consists of 18 matches in which each member institution will play each other at least once. The order of opponents for each team were determined by a random computer draw. Two-match series may be played Wednesday/Thursday, Thursday/Friday, Friday/Saturday or Saturday/Sunday.

Tiger fans can get their first look at the 2021 volleyball team at the annual Black & Gold Scrimmage on Friday, August 20. First serve is set for 6 p.m. in the Hearnes Center with a pre-match youth clinic from 4-5 p.m.

Season tickets for Mizzou volleyball begin at just $40 and are on sale now at www.MUTigers.com/VBTix. Single-match tickets will go on sale beginning August 3.

Visit MUTigers.com for the latest information on all things Mizzou Volleyball. You can also find the Tigers on social media by liking us on Facebook (Mizzou Volleyball) and following us on Twitter (@MizzouVB) and Instagram (MizzouVB).