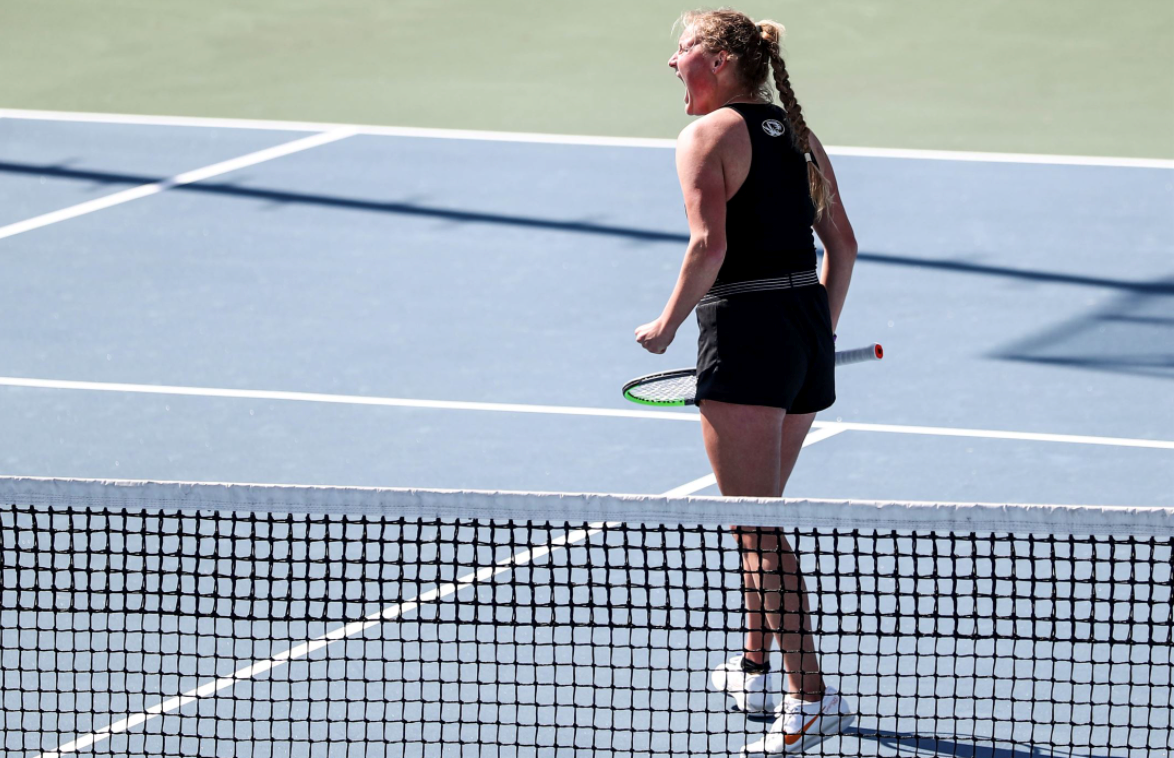 Success on the Road

Mizzou dug deep and picked up its second SEC win of the season against No. 63 Mississippi State last Sunday. The Tigers clinched the match in the final singles game, 4-3. After dropping the doubles point, the team battled back into contention. Elys Ventura snagged the first point to tie the match with a victory over Tamara Racine, 6-4, 6-1. Romary Cardenas secured the next Mizzou point, staging a late second set comeback against Marta Falceto, 6-4, 7-5. Down 2-3 in the match, Ellie Wright tied the game up with her third set win over Magda Adaloglou, 5-7, 6-3, 6-3. Tied at three apiece, the match game down to Gabriela Martinez’ match against Alexandra Mikhailuk. Martinez clinched the second SEC match for Mizzou, 3-6, 6-3, 7-5.

No. 69 LSU has faced a difficult season with three canceled matches and a current five game losing streak. The team has beaten three SEC opponents this season, taking down the same two teams Mizzou defeated (No. 58 Kentucky, No. 67 Mississippi State) along with No. 36 Vanderbilt. In the ITA rankings, LSU controls one singles spots with Safiya Carrington (No. 83). No. 6 Texas A&M has dominated their season, losing just one match to (then) No. 4 California as the season comes to a close. The team is a perfect 11-0 in SEC play and has three ranked singles players as well as two ranked doubles pairs. In the ITA Rankings, the Texas A&M singles players are No. 16 Carson Branstine, No. 18 Tatiana Makarova and No. 64 Mary Stoiana. The two ranked doubles duos include No. 2 Goldsmith/Makarova and No. 44 Branstine/Stoiana.

Mizzou will face LSU on Friday, April 15, at 12 p.m. and Texas A&M on Sunday, April 17, at 9 a.m. On Friday, the Tigers will also honor their two seniors on the team, Bronte Murgett and Ellie Wright. Live stats and streaming will be available along with updates via Twitter (@MizzouTennis).