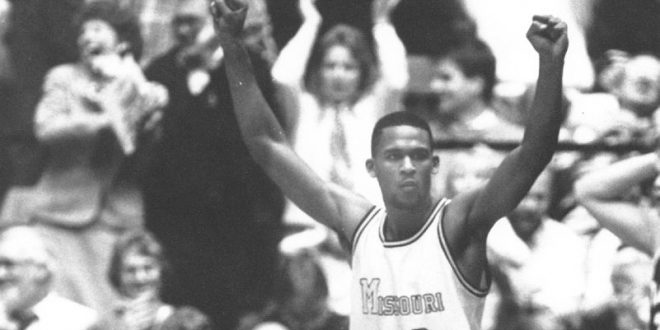 Mizzou Athletics will give its all-time leading scorer in men’s basketball the highest honor.

MU Athletics Hall-of-Famer and Tiger legend Derrick Chievous will see his No. 3 retired and raised to the rafters of Mizzou Arena on February 19th, at halftime of the men’s basketball game against Kentucky.

“Derrick Chievous enjoyed one of the greatest careers ever in a Mizzou Basketball uniform, and we look forward to honoring him later this month by permanently hanging his number alongside other Tiger greats in Mizzou Arena,” Mizzou Director of Athletics Jim Sterk said. “Derrick is most-deserving of this honor, and I know that our fans will want to be there to share this special moment with him and his family.”

Chievous’ 2,580 points scored from 1984-87 are the most by any Mizzou men’s basketball player. He won 82 games for head coach Norm Stewart’s teams, including Big 8 regular-season and tournament titles in 1987. The native of Queens, N. Y. was an All-American that year, and was twice an all-Big 8 first-teamer.