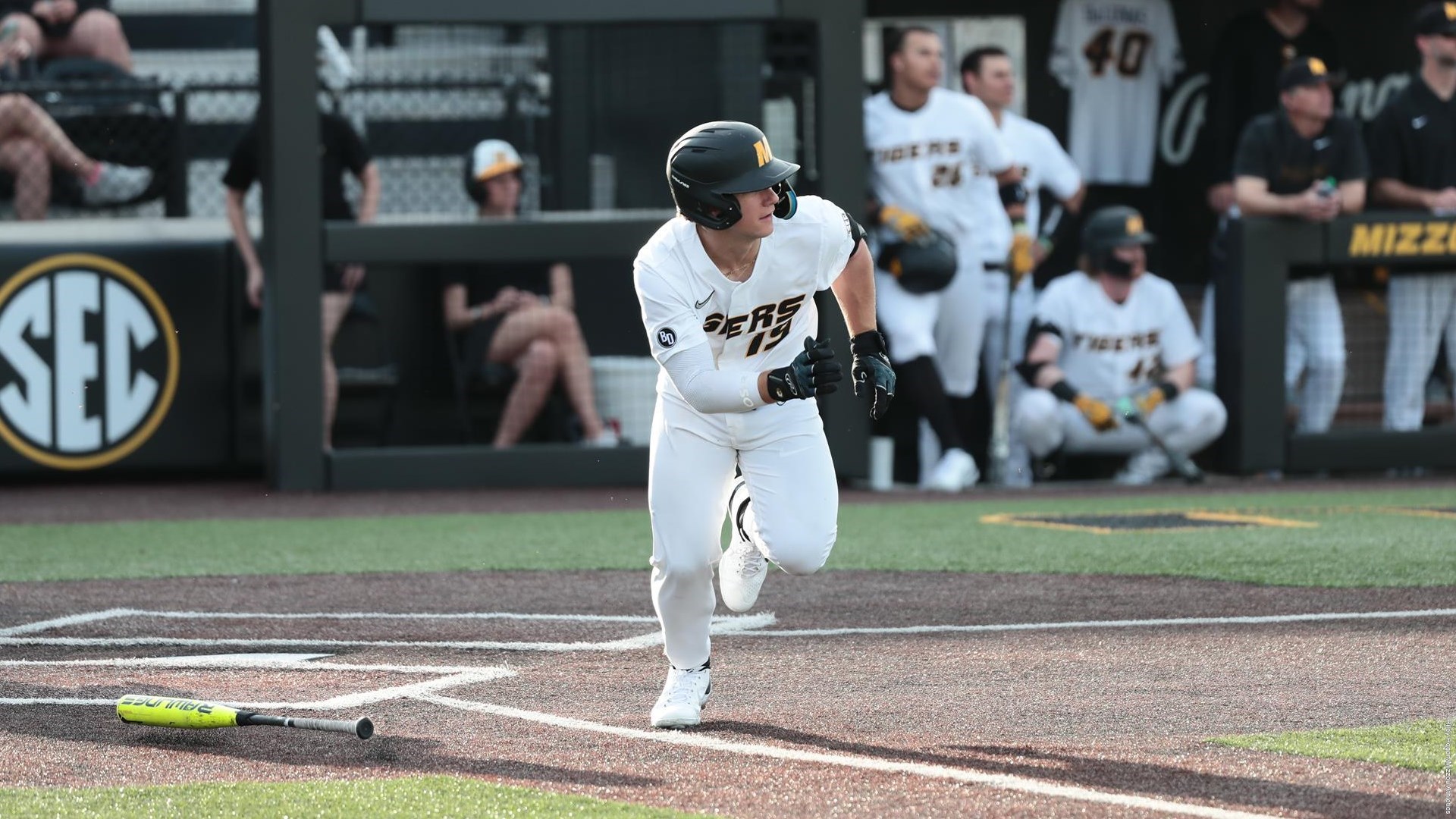 COLUMBIA, Mo. – Sophomore Trevor Austin knocked in a career-high three RBI on a three-run home run in the fourth to set the pace for the Missouri bats in a commanding 9-1 win over Western Illinois on Tuesday night.

The Bulldogs (4-25) threatened in both the first and second innings with three of their five hits coming in the early frames, but the Tigers turned a 6-4-3 double play in both innings to escape unscathed. Mizzou (19-11) struck first behind singles from freshman Carlos Peña and junior Nander De Sedas in the second inning.

The Tigers extended the lead with four runs in the fourth on Austin’s three-run homer and a wild pitch. Mizzou pushed three more runs across in the sixth inning on two singles and a double from Ty Wilmsmeyer. The Wildcats spoiled what would have been Mizzou’s first shutout of the season with an unearned run in the seventh inning.

Heading into the fourth inning, Mizzou held a 2-0 lead over the Bulldogs. The Tigers plated four insurance runs in the frame with most of the damage coming from a long, three-run home run to dead center on a 3-0 pitch off the bat of Austin. Wilmsmeyer also came around to score in the fourth on a wild pitch from Western Illinois senior Jack Carberry.

Coach Bieser on getting back in the win column…

“Really good to get back at home and play in front of our crowd and get a win tonight. Really pleased with how our bullpen guys came in and were kind of slotted for two innings apiece and they came in did a really good job. We were able to kind of keep the score down on the other side and we were able to get enough runs to win the ballgame.”