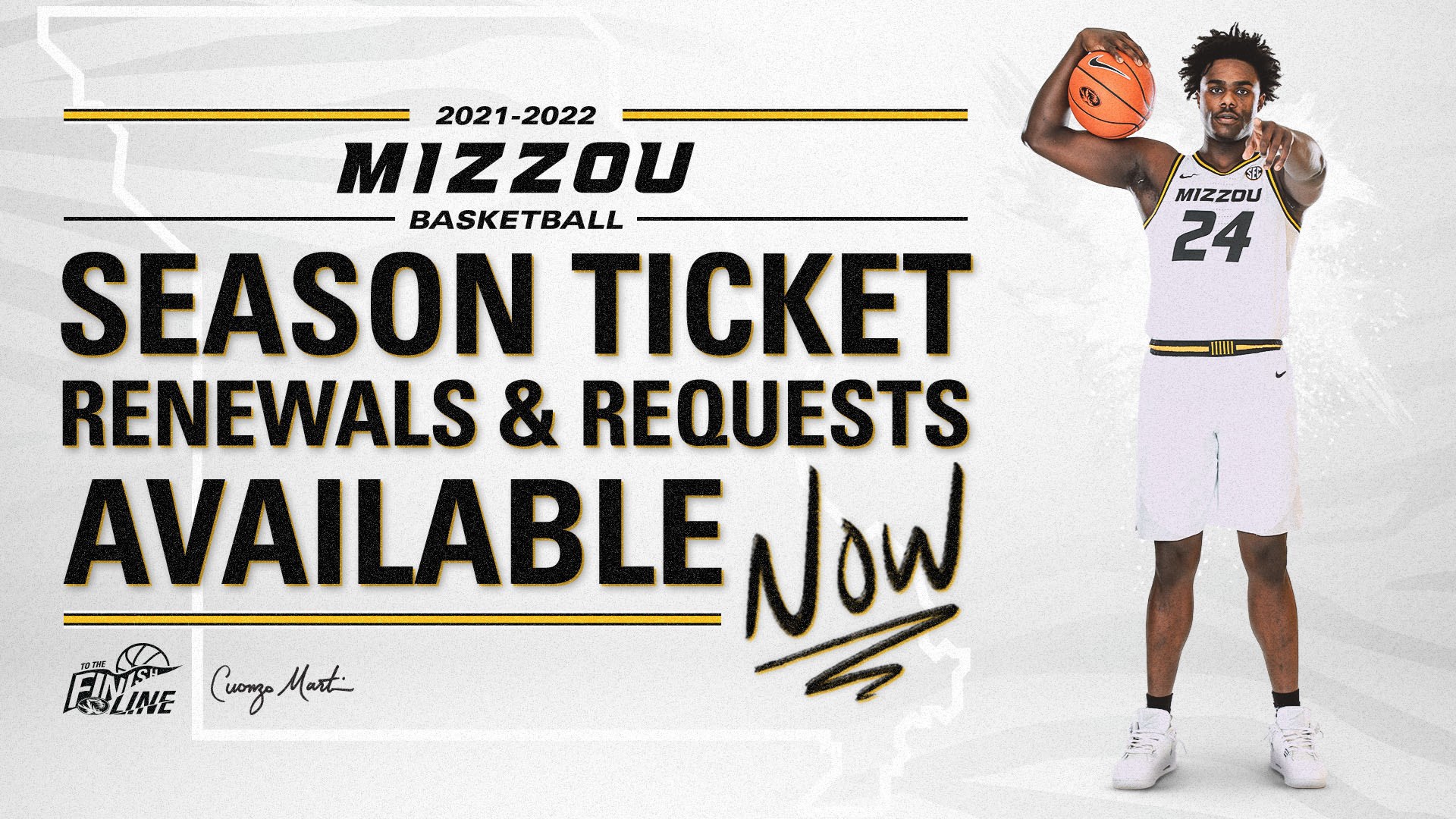 COLUMBIA, MO.— Mizzou Men’s Basketball season tickets are now on sale, Mizzou Athletics announced Wednesday. Previous season ticket holders can renew their tickets for the 2021-22 campaign and new season ticket requests can be made by visiting www.MUTigers.com/MBB22Tix or by calling the Mizzou Ticket Office at 1-800-CAT-PAWS.

The deadline to renew season tickets is Monday, August 9. Mizzou Arena is set to return to 100 percent capacity for the 2021-22 season.

The Tigers are coming off a second NCAA Tournament appearance in the past four seasons. Mizzou spent 11 consecutive weeks in the AP Top 25 poll this past season and beat three Top 10 teams in the same campaign for the first time in a decade.

Mizzou returns starting forward Kobe Brown, who averaged 8.0 points and 6.2 rebounds while starting all 26 games, and key reserve Javon Pickett, who has racked up 599 career points in 87 games, playing a crucial role in the program’s rise under fifth-year head coach Cuonzo Martin.

The squad has already launched summer workouts. A full 2021-22 schedule will be finalized at a later date.