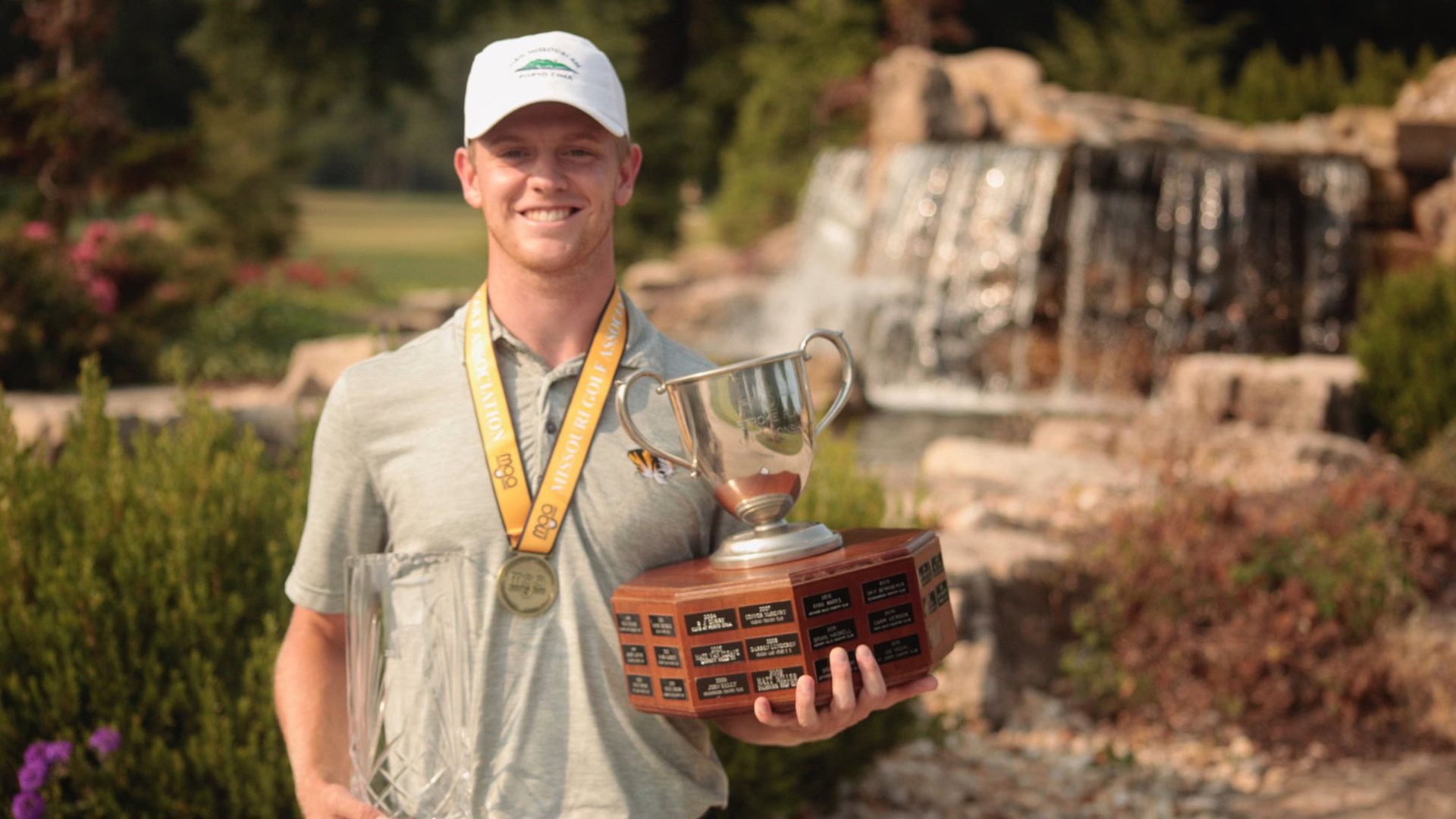 COLUMBIA, Mo. – On Thursday Mizzou Men’s Golf senior Jack Parker shot a 4-under 67 in the final round to claim the 24th Missouri Stroke Play Championship at Twin Oaks Country Club in Springfield.

Parker shot a 12-under 272 (68, 65, 72, 67) during the four-round tournament and defeated Peter Weaver of Villanova Men’s Golf by one stroke. Eight of the top nine finishers were collegiate golfers with Chris Ferris of UM-St. Louis finishing third and Missouri State’s Maxwell Kriekemeier and Central Missouri’s Sam Parrot rounding out the top five.

Opening up the Missouri Stroke Play Championship on Tuesday, Parker shot a 3-under 68 to finish tied for second after round one. The Columbia, Mo. native rocketed up the leaderboard on Wednesday, carding a 6-under 65 on the second day of competition to earn the lead after 36 holes of play.

During the third round on Thursday morning Parker shot a 1-over 72 to drop one stroke behind Weaver. Heading into the final round Parker regained the lead by carding a 4-under 67 to edge Weaver and claim the 2021 Missouri Stroke Player Championship.