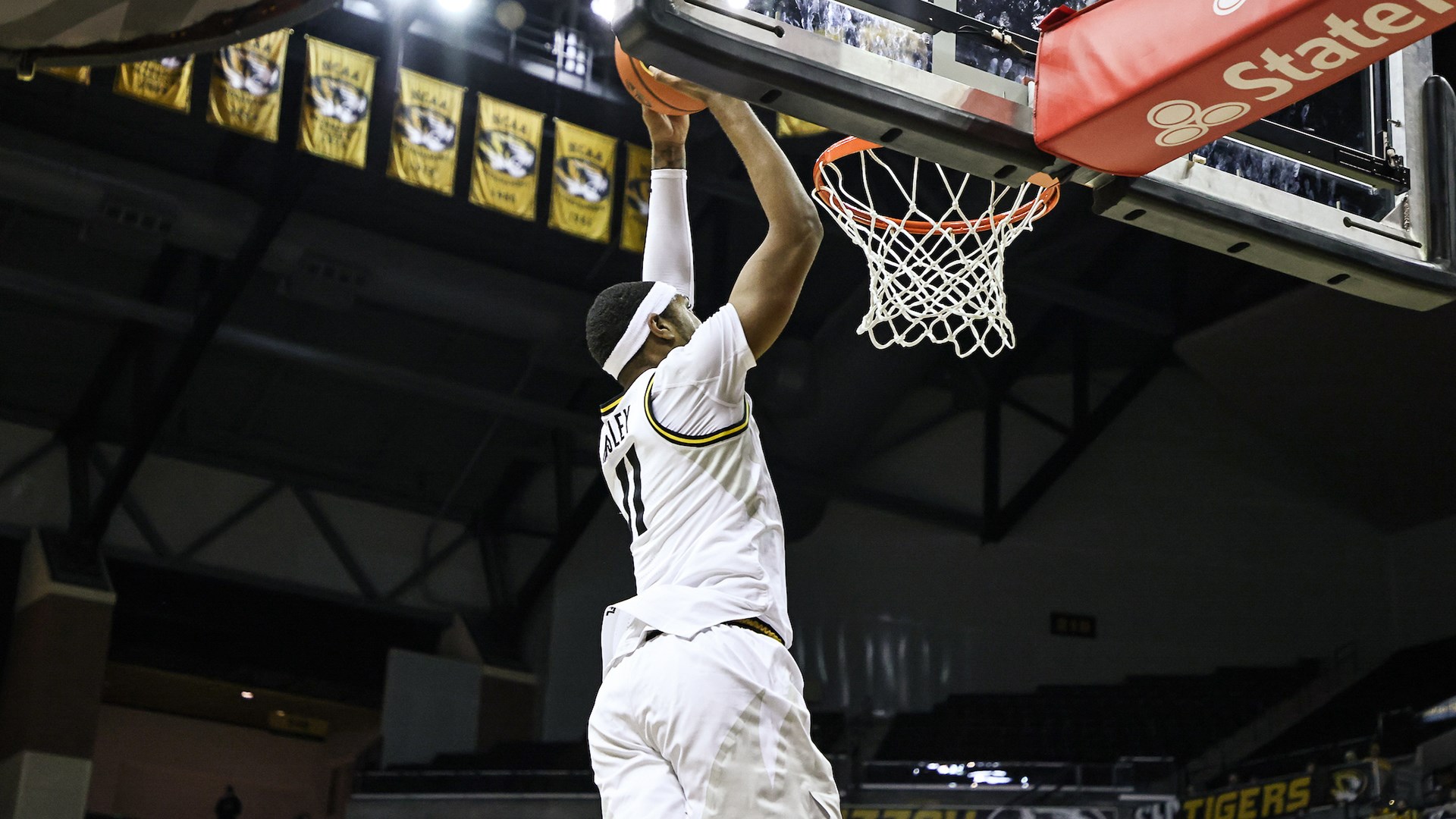 Columbia, Mo. –  The Missouri men’s basketball team cruised to an 89-51 victory over Coastal Carolina on Wednesday night in front of 7,459 fans at Mizzou Arena. With the win, the Tigers remain perfect on the season with a 6-0 record, while the Chanticleers see their record evened at 2-2.

Senior Isiaih Mosley tailed a game-high 23 points in the winning effort – making 10-of-15 field goals and 3-of-6 from beyond the arc. Graduate student D’Moi Hodge added 18 points to go with a career-best seven assists and five steals, while senior Kobe Brown added 17 points and a team-high seven boards.

The Tigers dominated from the opening whistle, never trailing and using an early 15-0 run to turn to a 16-11 lead into a 31-11 advantage with seven minutes remaining in the period. Mosley scored nine of the team’s 15 points during the spurt as Mizzou headed into the locker room with a 13-point advantage, 45-32.

The second half was more of the same for the teams. Mizzou outscored the Chanticleers, 22-3, to start the second frame – holding Coastal Carolina to 1-of-14 shooting to go with seven turnovers during the stretch as the Tigers opened a 67-35 advantage. The MU lead would reach as many as 40 before finishing with its largest win of the season, 89-51.

Missouri shot 46.7 percent in the winning effort with a 12-of-33 mark from 3-point range. The Tigers defense, meanwhile, held a team that entered the game ranked sixth nationally in scoring offense to just 24.6 percent shooting, while forcing 27 turnovers.

UP NEXT
The Tigers look to maintain their winning ways at home, hosting Houston Baptist on Saturday. First tip at Mizzou Arena is set for 11 a.m.