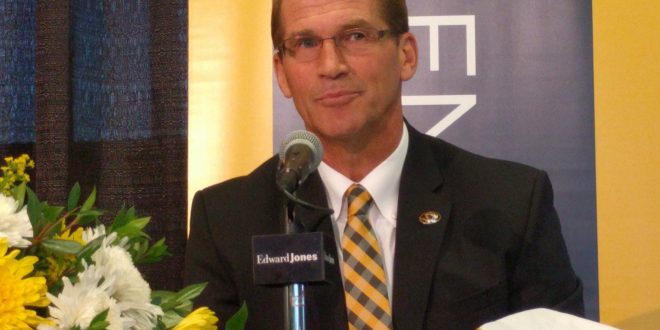 The University of Missouri announced Monday that athletic director Jim Sterk is stepping down.

The school says Sterk will leave the job once a new AD is picked. A release says Sterk “mutually agreed” with chancellor Mun Choi to leave the job. No reason was given on why Sterk is making the move.

Mizzou hired Sterk in 2016 and had two years left on his seven-year contract.