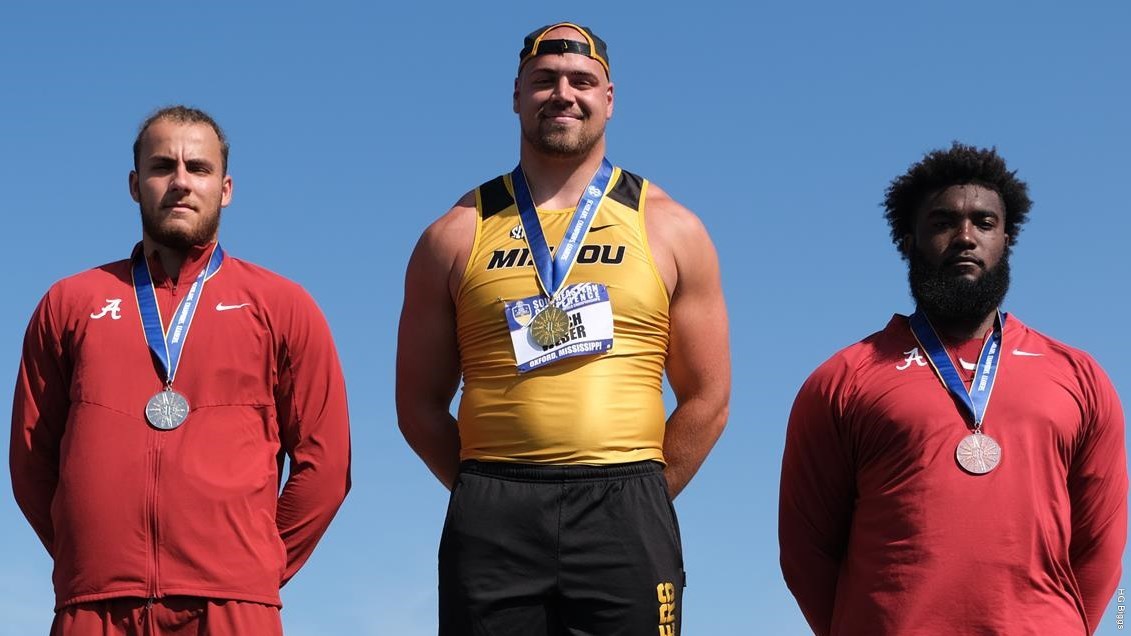 Mitchell Weber won the conference title in the discus with a season best toss of 197-10 / 60.30m. He is Mizzou’s first-ever SEC men’s discus winner. His throw is currently No. 7 in the NCAA West Prelim and No. 12 nationally.

Student-athletes who rank among the top 48 in their respective events earn a berth into the NCAA West Preliminary Rounds (May 25-28; Fayetteville, Ark.). In addition, the best 24 relays times advance to the NCAA preliminaries. Student-athletes with the top 12 times/marks and the best 12 relay teams at both the East and West Preliminary Rounds sites will qualify for the NCAA Championships in Eugene, Ore.