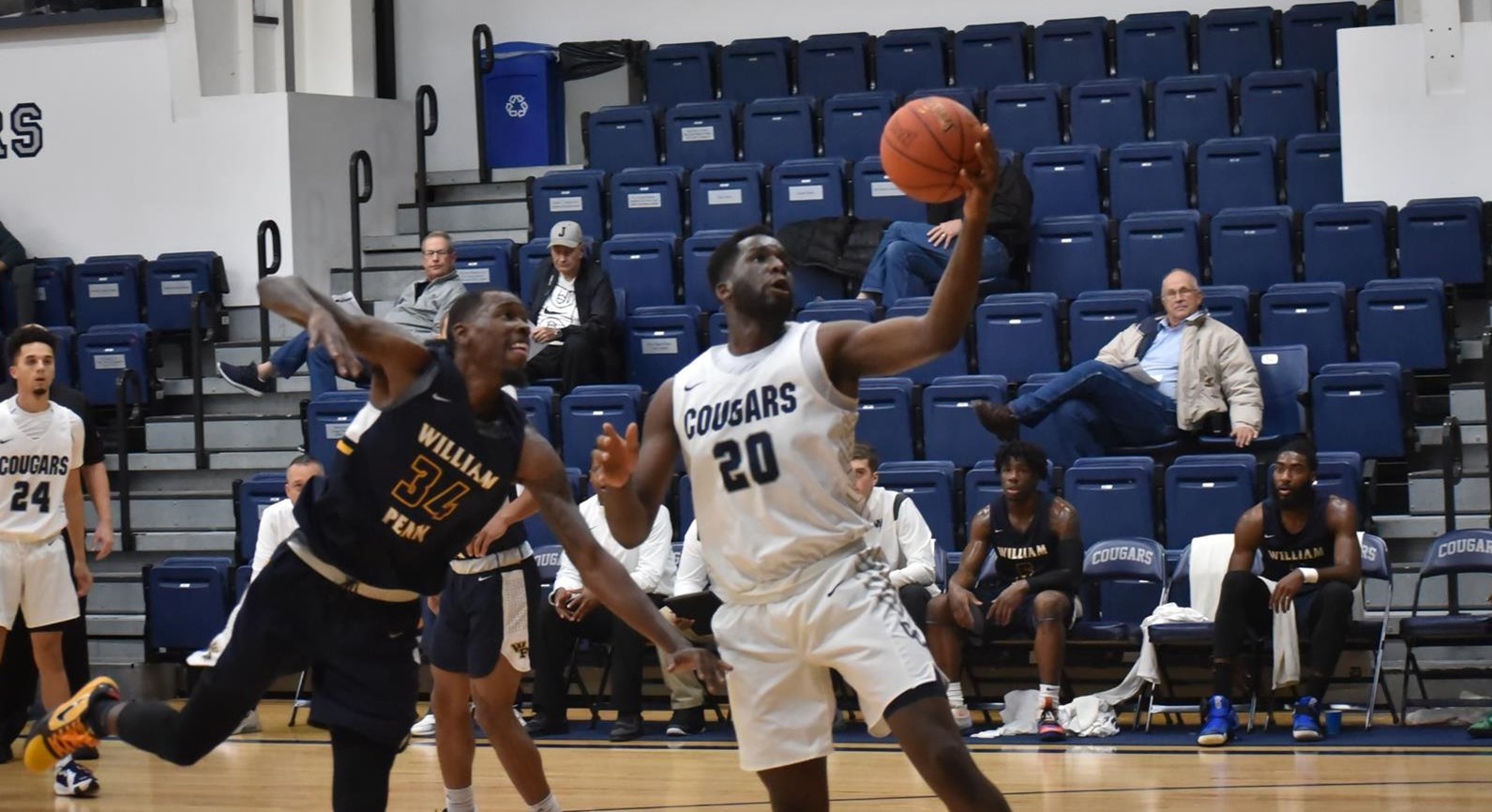 The Cougars have dropped three straight by a total of six points and are now 4-6 on the season. William Penn remains unbeaten at 8-0.

The two teams were evenly matched in the first half, as CC held the largest lead of the first half at 41-35 with 1:54 remaining. Columbia took a 42-38 advantage into the locker room.

The second half was just as competitive. Beau Washer made a layup, giving the Cougars their largest lead of the game at seven (53-46). The Statesmen battled back and took a 56-55 lead with just over 12 minutes remaining. After holding the lead for the next three-plus minutes, the Cougars regained the lead after a pair of Tony Burks free throws with 8:54 left. The teams remained even, as neither team held a lead larger than three until the 3:20 mark as a couple of free throws by WPU gave them a 75-70 advantage.

Burks responded with back-to-back triples to give Columbia the 76-75 lead with 2:18 left, but the Statesmen went on a quick 4-0 run and led 79-76. Burks drained a free throw, trimming the Cougar deficit down to two points with 26-seconds remaining, but WPU went 4-4 down the stretch at the charity stripe to seal the victory.

Key Moment:
William Penn scored a layup with 1:58 remaining, giving them the lead for the rest of the contest.

Up Next:
The Cougars remain at home and will face Webster University on Saturday, Nov. 27 at 3:00 PM.