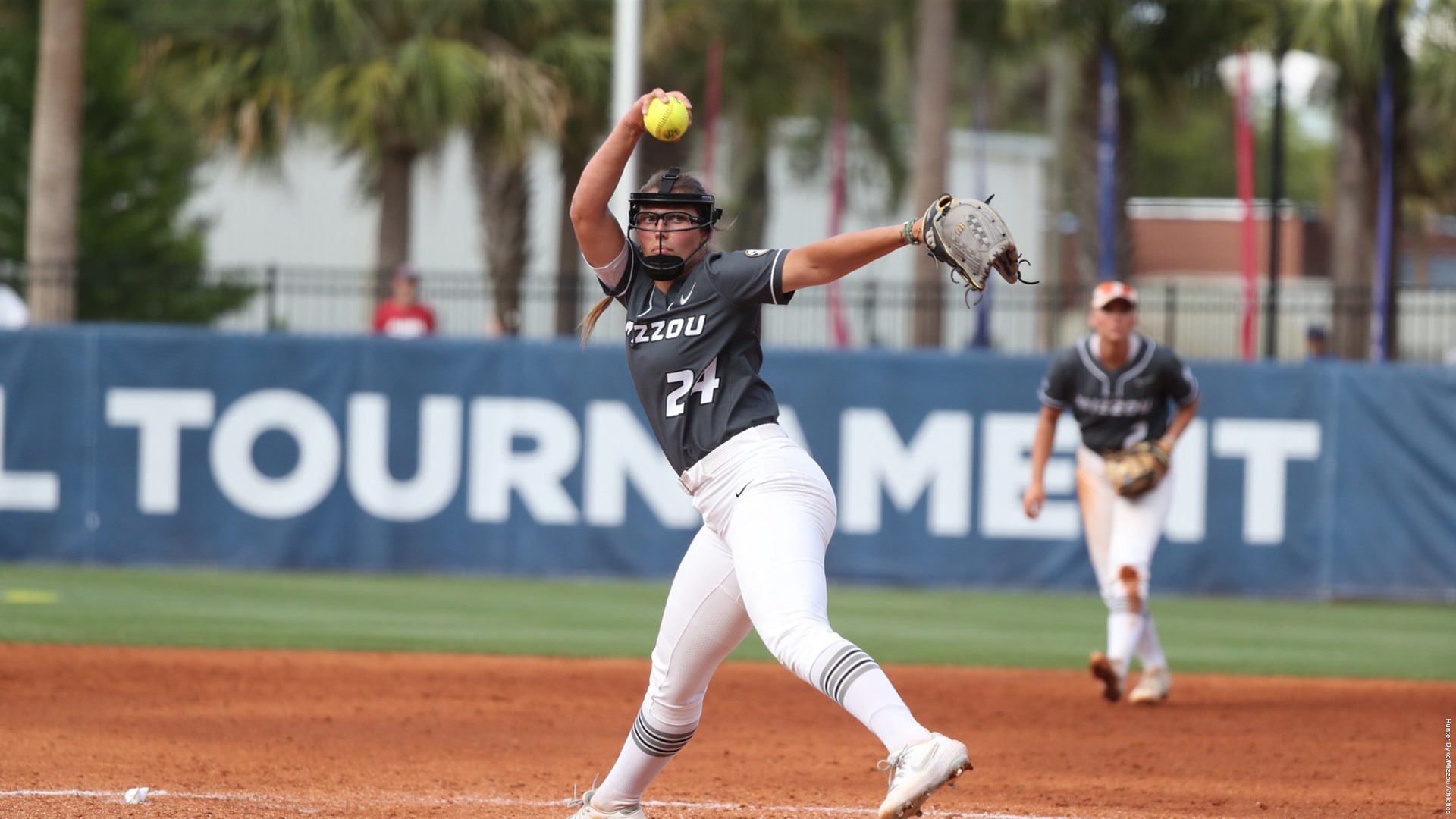 GAINESVILLE, Fla. – Laurin Krings tossed seven shutout innings to lead No. 24/22 University of Missouri softball (35-19) past No. 5/7 Alabama (41-11) by a score of 3-0 in the SEC quarterfinals. The Tigers’ three runs in the top of the sixth were all that they needed.

The Tigers looked to get on the board in the first inning when Jenna Laird led off with a single and Brooke Wilmes put runners on the corners with one out in the inning. Mizzou was unable to push across the first run of the ballgame as the Crimson Tide cut down a runner at the plate to help escape the threat.

Each pitcher settled in and kept both teams off the board through five innings. Krings stranded a runner in scoring position in the second and the fourth

Mizzou broke through in the sixth inning after Laird led off with a double. Wert was then intentionally walked and Wilmes reached on an error to load the bases. Kendyll Bailey drove the first pitch that she saw deep to left center, but it was caught at the wall. Laird tagged up from third for the first run of the ballgame. After Wilmes stole second, a fielder’s choice to first turned into an out at the plate. Freshman Kara Daly stepped up to the plate with runners on the corners and lined a single into center field to make it 2-0. The Tigers added one more run on a popup to second base that was dropped.

Leading 3-0, Krings shut down the Alabama bats in the final two innings to pick up the complete game victory.

Laurin Krings picked up the Tigers’ second-consecutive shutout. She went all seven innings while striking out three batters and walking none.

Jenna Laird went 2-for-4 at the plate with a double and a run. She has recorded a multi-hit game in each game of the SEC Tournament.

Kara Daly provided a clutch two-out RBI single to add to the Tigers’ lead in the sixth.

Five of Mizzou’s six SEC Tournament wins have been shutouts.

The Tigers advance to the SEC Tournament semifinals for the second year in a row.

Mizzou is the first team since 1999 to eliminate Alabama in its first SEC Tournament contest.

The Tigers will face off with No. 13/10 Tennessee on Friday in the SEC Tournament semifinals at 2 p.m. CT in Gainesville, Fla. on ESPN2.