This one stings, but it shouldn’t let you lose hope.

Missouri surely wanted to put icing on the cake of what has been a better-than-expected season with a road victory over Mississippi State, but that wasn’t in the cards Saturday. Following Missouri’s opening drive touchdown, a muffed punt by Cade Musser gifted the Bulldogs their first score, and from there it was all MSU. In addition to that muff, the Tigers were set back by negative runs, turnovers, and a lack of defensive push as they fell 51-32.

From a general sense, numbers were again an issue. We’ll get into some of that below, but the Tigers were missing some guys (wideouts Jalen Knox and Micah Wilson and running backs coach Curtis Luper among them). They had 54 scholarship players available for the trip. I know everyone is beat up this time of year, but I think the fact that Missouri has had to struggle with that aspect nearly all season is starting to catch up to them. It’s tough to finish an all-SEC season like this, especially when scholarship numbers are already shortened by NCAA sanctions. The Tigers were expected to win, but the spread in most places was just one point. It’s not easy to win most games in this conference, even with a full roster. Saturday illustrated that.

So, let’s go to my Knee-Jerk Reactions from the regular season finale:

The lack of defensive strength shouldn’t be too surprising

Mississippi State only had two wins coming into Saturday, but despite that, this Missouri defense was always going to be facing a tough test. Three main contributors on the secondary – Tyree Gillespie, Jarvis Ware and Ish Burdine – were all ruled out this week. The Tigers traveled just three scholarship cornerbacks for the game, two of them being true freshmen. Several defensive linemen were dealing with injuries this week (but most of them played). When you’re dealing with that, and preparing to face the 4th-best passing offense in the SEC (312.9 yards per game coming into Saturday), that’s not going to be an easy task.

It shouldn’t be that shocking that the Bulldogs took advantage of a depleted unit. The Tigers seemed helpless in man-to-man coverage, and Will Rogers had a field day. It got worse when cornerback J.C. Carlies got ejected in the second half for targeting, bringing Missouri down to two scholarship CBs. Seriously, if you’re out here complaining about a team having a bad defense when it was forced to use a quarterback and a wide receiver to fill out the rest of the secondary, you’re wasting your energy. Missouri’s defense has been hit hard with injuries, COVID, etc. toward the end of the season. It showed.

***Side note: what a freaking game from Shawn Robinson. The shrinking numbers on the secondary forced him into a role as a safety. He turned into the most active defensive player on the field for Missouri. Robinson had an interception in the fourth quarter that led to a Missouri touchdown. That went along with five total tackles, a half tackle-for-loss, and a pass breakup. It would have been so easy for a guy like that to opt out or enter the transfer portal after losing the starting QB job. Instead, Robinson saw a need on his team, and did whatever he could to fill it. Both he and Eli Drinkwitz said after the game that he’s permanently moved over to defense, and Missouri should be lucky to have him in the future.

Despite being shorthanded, the defensive coaching staff underestimated Mike Leach

Earlier this week, we heard Drinkwitz half-jokingly say he was glad they were finally facing a team that doesn’t like to run a lot. Even after I heard that, I still thought Mike Leach would be stubborn enough to completely disregard the run game when putting together an offensive game plan. Turns out Drinkwitz and I were wrong. MSU ran it 28 times for 151 yards on the game. The Bulldogs’ two main running backs, Jo’quavious Marks and Dillon Johnson, both averaged nearly six yards per carry.

Ryan Walters and staff made the adjustment in the second half to go from four safeties to just three on the field, and bring on another corner. But I’m shocked that they went with this six-DB lineup for most of the game. When they had so many guys in coverage, it allowed the Bulldogs all kinds of space to run screens and draws, which kept them on schedule. Plus, with only five guys in the box for Missouri, they couldn’t get a consistent pass rush. When you can’t make the quarterback feel some pressure, it doesn’t matter how many guys you drop back into coverage. I think Walters has put together pretty good plans for most of Missouri’s games this year, but that one was a head-scratcher for me. Mike Leach certainly won the day.

It didn’t help matters that the offensive signal-caller had his worst game of the season. Bazelak only completed 22 of 38 passes for 225 yards, with two touchdowns and three interceptions. Nothing seemed to come that easy for him, but we didn’t see the usual calm, cool, collected version of the redshirt freshman like we’ve seen in the past. The picks weren’t necessarily on his wideouts. His decision-making wasn’t crisp (especially on that lateral back to Tyler Badie). It looked like he wasn’t seeing the whole field. It was the first game that he really looked like a freshman first-year starter.

It’s not to say that he can’t shake it off, learn from the film session, and put together a much better performance in Missouri’s upcoming bowl game. But it might show that Bazelak shouldn’t feel comfortable in the spot he is in right now. His vision and poise have been major positives for him. His consistency and deep ball accuracy… not so much. There’s a four-star recruit in Tyler Macon coming in from the Class of 2021 ready to show that he deserves the job. I think games like this prove the Bazelak might be in for a quarterback competition come next spring/fall.

Next year will present a great opportunity for guys like Tyler Badie and Elijah Young to make some impacts in the backfield, because Missouri is going to need it. The only consistent bright spot from the offense seemed to be the senior running back, who finished with 121 yards and two touchdowns on 25 carries. I thought he might be ticketed for a 30-carry day, considering how the Tigers’ passing game took some time to get going. Either way, Rountree made the best of his touches, and not so surprisingly proved that he was the team’s best option to move the football.

I suppose he hasn’t officially made a decision as to whether he’ll activate an extra year of eligibility with the Tigers, but all signs point to this one being his final regular season game. With the numbers he has put up toward the end, and the records he has set, I don’t know if we’ve appreciated what Rountree brought to Missouri throughout his time in Columbia. Having a tried-and-true back like him in a conference like this is almost a must-have to keep with some opposing teams. As Rountree got more and more involved, he proved to be more and more valuable. I expect Tyler Badie to be the starter next year, but I have a hard time believing he’ll be just as effective of a true running back as Rountree has been.

This season is still a success

Don’t let this loss make you put the blinders on. Yes, it’s a real bummer to exit the regular season losing to a 2-win team. They didn’t play well. A lot of mistakes were made, and if you take those away, Missouri probably wins. The Tigers are as talented, if not more talented, than Mississippi State, and just got handed a tail-whipping. And that’s okay. Because when you consider a brand-new head coach getting all of three practices in the spring before everything shut down, a season that gave you shorter prep time, stops-and-starts due to COVID concerns, having to play three top-10 teams (including No. 1 Alabama to start), a bevy of injuries down the stretch, and the fact that these teams have to play into late December in the most physical conference in college football, a 5-5 mark is a damn good accomplishment.

Sure, momentum isn’t that great. You would’ve liked a stronger finish to the Georgia game, and a much better all-around performance against an SEC bottom-feeder on the road. But a victory in a solid bowl game can change all of that, and make Missouri fans excited again about the trajectory of their program again. Almost every bowl projection site I saw this week had the Tigers in the Outback Bowl, against a Big 10 opponent. I don’t know if this last game changes that prediction at all, but either way, I expect the Tigers to land a pretty solid matchup. Hopefully this loss motivates them to change their luck and go out on a promising note. 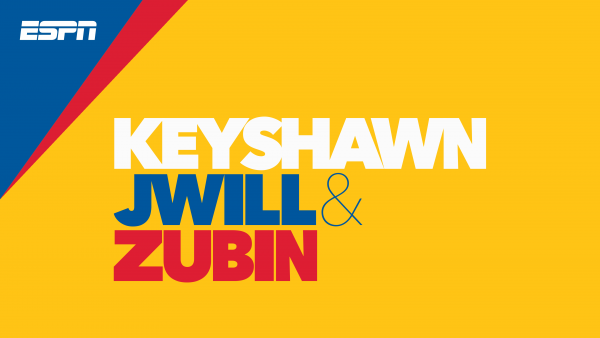 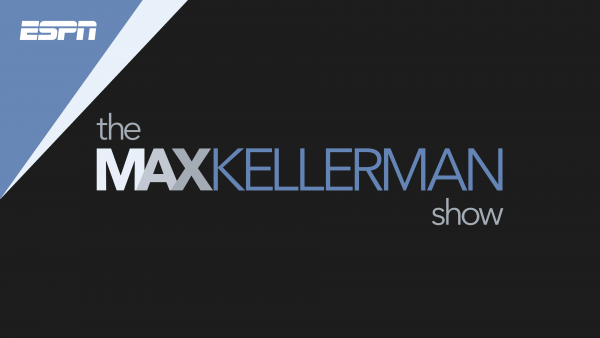 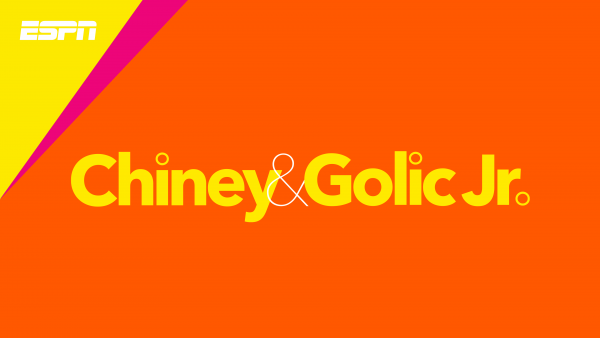 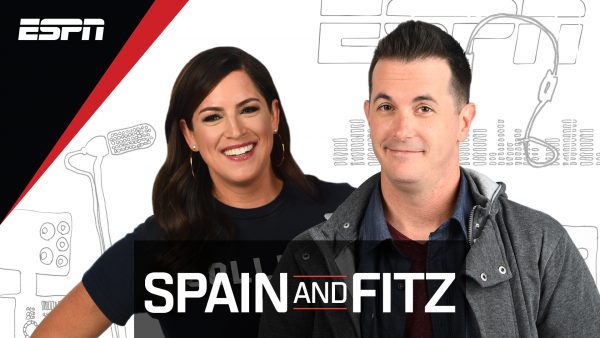 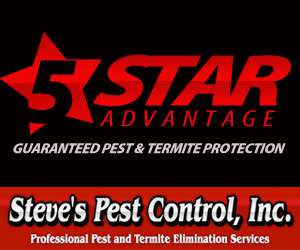