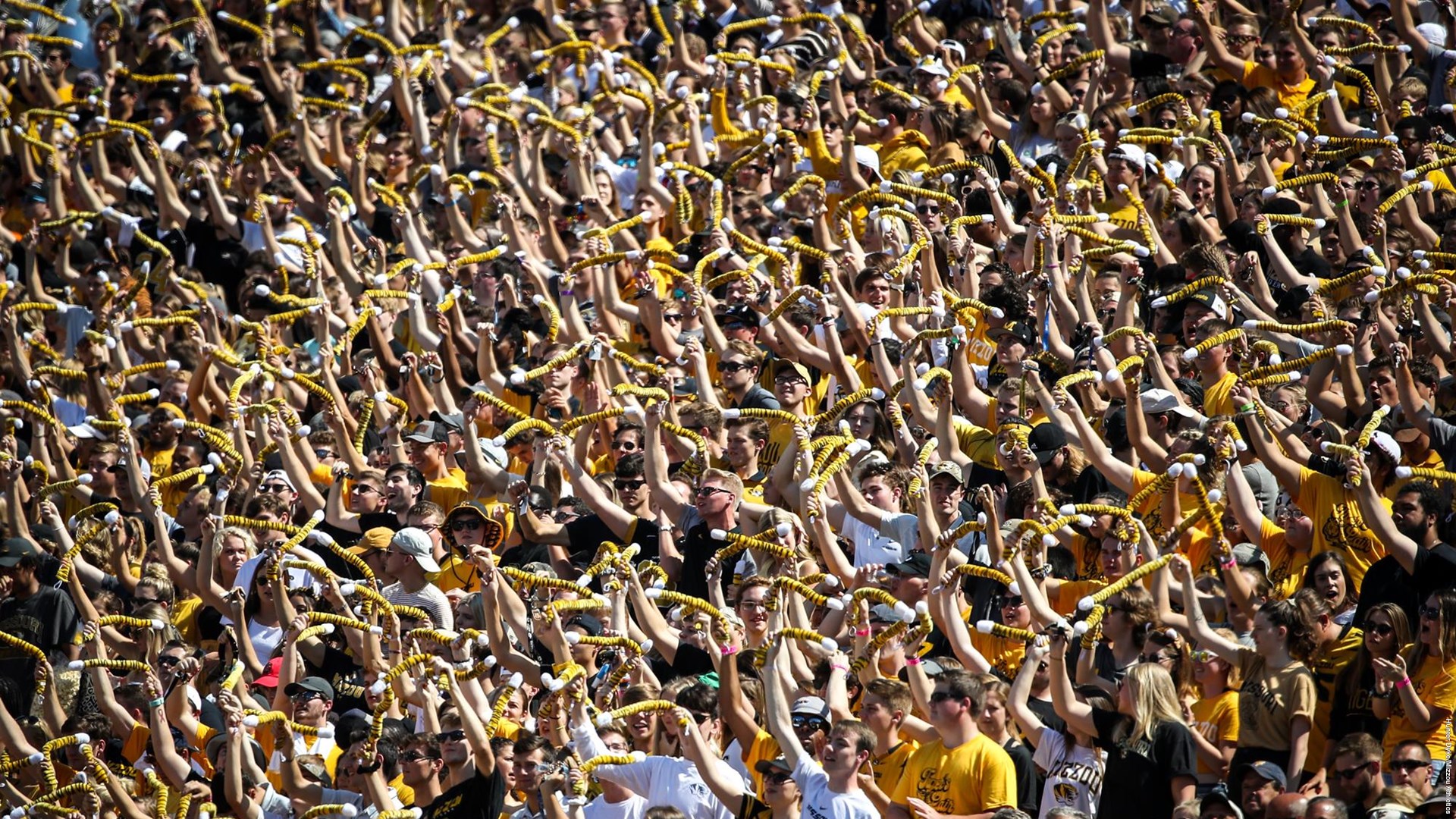 COLUMBIA, Mo. – University of Missouri football will open its Southeastern Conference slate at Auburn on Saturday, Sept. 24 inside Jordan-Hare Stadium. The 11 a.m. CT kickoff will air on ESPN and Tiger Radio Network.

Saturday’s game marks Mizzou’s first game at Auburn. The Tigers in Burnt Orange and Navy Blue hold the edge over the Black and Gold, 2-1.

LAST TIME OUT: MIZZOU
Two long first-quarter touchdowns – a 78-yard punt return by Luther Burden III and a 79-yard Brady Cook-to-Dominic Lovett pass – sent the Missouri Tigers on their way to a 34-17 victory over the Abilene Christian Wildcats. Burden scored when the Tigers forced the Wildcats to punt after three plays on the game’s opening possession. He scooped the bouncing ball off the ground, broke to his right and ran untouched down the west sideline to the end zone behind a convoy of blockers. For the game, he returned four punts for 111 yards, caught six passes for 58 yards and ran three times for eight yards. Two plays after ACU’s Cole Zepeda connected on a 39-yard field goal to make the score 7-3, Cook unloaded the bomb to a wide-open Lovett who caught it and sprinted to his first career receiving touchdown. In the second quarter, Harrison Mevis booted a 31-yard field goal to give the Tigers a 17-3 halftime lead. An Ennis Rakestraw, Jr. pass interception early in the third quarter set up a short touchdown that Nathaniel Peat scored on a six-yard pass from Cook. The drive was kept alive on a third-and-nine when Barrett Banister caught a 25-yard pass down to the six-yard line. The Tigers got a 52-yard field goal from Mevis in the fourth quarter. Missouri amassed 487 yards of total offense and limited ACU to 308. Cook completed 21-of-30 passes for 292 yards and three TDs. Cody Schrader led the rushing attack with 54 yards on 10 carries.

LAST TIME OUT: AUBURN
Penn State decisively won the red zone and turnover battles to defeat Auburn, 41-12. Jarquez Hunter leaped a defender on the way to his fifth touchdown of the season on a 22-yard pass from Robby Ashford to account for Auburn’s only TD in the fourth quarter. Three Auburn first-and-goals netted only a pair of Anders Carlson field goals while Penn State was 5-for-5 in the red zone, forced four turnovers and recorded six sacks without allowing either. T.J. Finley’s 24-yard pass to Shedrick Jackson set up Carlson’s 31-yard field goal to give Auburn a 3-0 lead midway through the first quarter. Clifford’s 34-yard pass to Mitchell Tinsley gave the Nittany Lions first-and-goal at Auburn’s seven-yard-line. One play later, he scored on a quarterback draw to put Penn State ahead 7-3 with 4:21 remaining in the first quarter. Auburn answered in the second quarter, converting twice on third-and-long with a 24-yard pass from Finley to Landen King and Finley’s 18-yard scramble on third-and-16. Auburn had first-and-goal at the 10 but had to settle for Carlson’s 22-yard field goal to trim Penn State’s lead to 7-6 with 6:59 left in the half. Auburn got the ball to start the second half but the Tigers went three-and-out and Nicholas Singleton ran 53 yards on Penn State’s first play of the third quarter to set up his one-yard TD rush one play later for a 21-6 Nittany Lions lead. Penn State outscored Auburn 17-0 in the third quarter, regaining possession after forcing a fumble while sacking Finley on third-and-13. Singleton rushed for 124 yards and two touchdowns on 10 carries. Pappoe and Cam Riley led Auburn with six tackles apiece. Eku Leota made two tackles for loss and Derick Hall added one.

FIRST-DOWN BANISTER
• Sixth-year receiver Barrett Banister has played in 47 career games and has hauled in 27+ receptions in three-straight seasons. He’s made catches in six straight games, dating back to Florida in 2021, and three in each of the first three games of 2022.
• Banister’s three receptions in Game 1 made him the third Tiger in history with a reception in five seasons, joining Lamont Downer (1974-78) and George Shorthose (1980-84).
• Against Abilene Christian, Banister had four catches for 44 yards, surpassing 100 career receptions. He’s the 25th Tiger to hit the milestone. He totals 102 catches and 912 yards.
• A Spring 2021 cum laude graduate, Banister is a 2022 AFCA Good Works Team nominee and was a 2021 Burlsworth Trophy nominee. He is Mizzou’s nominee for the NFF Campbell Trophy, the Wuerffel Trophy and the AFCA Good Works Team. He is a four-time member of the SEC Honor Roll and was a 2021 CoSIDA Academic All-District selection.

DOWN FOR DOMO
• Against Abilene Christina, Dominic Lovett hauled in his first career receiving touchdown on a 79-yard dot from Brady Cook, MU’s longest play from scrimmage since Drew Lock connected with Johnathon Johnson for an 85-yard score in the 2018 Liberty Bowl against Oklahoma State.
• Lovett finished his career day with seven receptions for 132 yards. He tacked on his second touchdown of the day on a 13-yard score in the waning moments of the third quarter. His 132 receiving yards are the most by a Mizzou receiver since Johnathon Johnson racked up 185 yards in the 2018 Liberty Bowl against Oklahoma State.

TO THE HOUSE
• Luther Burden III took a 78-yard punt return to the house following Abilene Christian’s first drive of the game. This is the first time Mizzou’s initial score was a punt return since the 1939 contest against Oklahoma.
• Burden becomes the seventh Tiger in program history to record a rushing, receiving, and punt-return score in the same season, last accomplished by Marcus Murphy in 2014.
• Burden’s return was the first for the Tigers since Richaud Floyd took a 71-yard punt return for six against SEMO in 2019, and the longest since Floyd took an 85-yard punt return to the house against Idaho in 2017.
• Burden racked up 111 yards off of punt returns on Saturday, making him the seventh player in program history with at least 110 punt return yards in a game, and the first since Richaud Floyd in 2017 against Idaho (118).

THE THICCER KICKER
• Harrison Mevis nailed a 52 yarder in the fourth quarter vs. ACU, the seventh 50-yard field goal of his career. He surpassed Tom Whelihan (1984-87) for sole possession of the top spot on Mizzou’s all-time career 50-yard field goals list. Mevis has made 45 field goals in his career, good for fifth all-time.
• His 19 field goals from at least 30 yards last year are the most by a returning kicker in 2022, as are the 14 of those that came from at least 40 yards out.
• In 2021, Mevis went 23-for-25, good for a 92-percent field goal percentage. He totaled 109 points a year ago, taking sole possession of ninth on the Mizzou all-time single-season scoring list.
• A two-time Lou Groza Award finalist, he was named to the 2022 preseason All-America teams by the Associated Press, The Athletic, Phil Steele, Action Network and Pro Football Network.

COOK GETS THE CALL
• On August 9, head coach Eliah Drinkwitz named Brady Cook the starting quarterback for the Tigers’ season opener.
• The St. Louis native threw 89 pass attempts before throwing his first career interception, ranking third in Mizzou history, and only six behind Brad Smith (95).
• He earned his first career start in the 2021 Armed Forces Bowl vs. Army West Point, completing 27-of-34 passes for 238 yards and a score. He also rushed for a career-high 53 yards and a touchdown against the Black Knights.
• Also in 2021, he was a perfect 5-of-5 for 29 yards with one passing touchdown against Southeast Missouri State. Cook finished the season 47-of-59 for 350 yards and two scores while rushing for 92 yards and a score.
• As a true freshman in 2020, he played in three games, completing 6-of-7 passes for 72 yards. His first career touchdown came on a 25-yard pass in Mizzou’s 41-0 win over Vanderbilt in 2020.

CODY’S AT HOME
• Cody Schrader is living the Tiger tale. A transfer from Division II Truman State and native of St. Louis, he joined the Missouri program in January, 2022.
• Schrader earned his first DI start on Sept. 1, making the most of his opportunity with a five-yard touchdown to open up the second quarter.
• His second touchdown at Mizzou came on a one-yard rush in the final minute of the K-State game.
• In 2021, Schrader lead all of Division II with 2,074 rushing yards on 300 carries and 24 touchdowns. He played in 29 career games.

LBIII DEBUT
• The first true freshman starter on offense in the season opener since Evan Boehm (2012), wide receiver Luther Burden III earned his first collegiate score on a five-yard reception after making a pair of LA Tech defenders miss and splitting another pair.
• He punched in a second score early in the third quarter, this time a one-yard rush off a direct snap.
• He’s one of just five Tigers all-time to score twice in their collegiate debut (Jeremy Maclin, 2007; Devin West, 1995; Tracey Mack, 1980; Johnny Roland, 1962).
• On the ground, he had three carries for 26 yards and a score with a long of 17. He hauled in three receptions for 17 yards – including 21 yards after catch – with one touchdown and a long 16.

THE ROCK
• Nine Tigers recorded carries against the Bulldogs, marking the first time they accomplished the feat since a win over Iowa State on October 15, 2011.
• Of the nine, five rushed in for scores (Nathaniel Peat, Cody Schrader, Brady Cook, Luther Burden III, BJ Harris). Peat led the squad in total yards with 72 as Schrader was the leader in carries with 17. Peat, Schrader and Cook all totaled 60+ yards on the ground.
• Peat and Schrader had their first touchdowns as Tigers while Burden III and Harris each had their first collegiate scores.
• MU racked up its most total rushing yards in a game (323) since a victory over Tennessee on November 11, 2017 (433 yards).

TAKE YOUR PICK
• The Tiger defense snagged three picks in the first half vs. Louisiana Tech, the first time this feat has been accomplished since the 1982 season opener against Colorado State. The most recent game with three total picks for the Tigers is West Virginia in 2019.
• Junior defensive back Jaylon Carlies snagged his fifth career interception on the opening drive of the game.
• In his debut game in Columbia, Joseph Charleston – a transfer from Clemson – returned a 29-yard interception to the house, the first pick of his career. He’s the only SEC defender to return an interception for a score in the first two weeks of play.
• Florida transfer Ty’Ron Hopper also snagged the first interception of his career in his first game in Black and Gold.
• From six different players, Mizzou’s secondary snagged an interception in nine of the 13 contests played in 2021. Carlies led the way with four INTs while Kris Abrams-Draine had three.

AIR IT OUT
• Against Louisiana Tech, nine Tigers caught 20 receptions, including one touchdown from Luther Burden III. Six of the nine had multiple catches.
• 16 receivers hauled in 302 receptions while 10 Tigers hauled in 19 receptions for touchdowns a year ago. Five Tigers had multiple TD receptions.
• Mookie Cooper was the 10th Tiger to haul in a touchdown reception in 2021 with his 60-yard bomb against South Carolina. The 10 players with a TD grab are the most by the Tigers since 2016.

JOURNEYMAN JACK
• Graduate quarterback Jack Abraham is one of only 23 players in the nation entering into at least their seventh year of college football, one of 14 in the Power Five, and one of two in the SEC.
• Abraham spent the 2021-22 season at Mississippi State, was injured prior to 2021 and earned a medical redshirt. He was at Southern Miss for the 2018, 2019 and 2020 season and played in 27 games. He played the 2017 season at NW Mississippi C.C., throwing for 2,949 yards and 23 touchdowns in 11 games. His collegiate career started as an early enrollee at Louisiana Tech in Spring 2016, where he redshirted the season.

STAYING IN THE SHOW ME STATE
• The 2022 Tigers’ roster features 48 student-athletes from the state of Missouri, including nine from the 573, 24 from the St. Louis area and 11 from the Kansas City area.