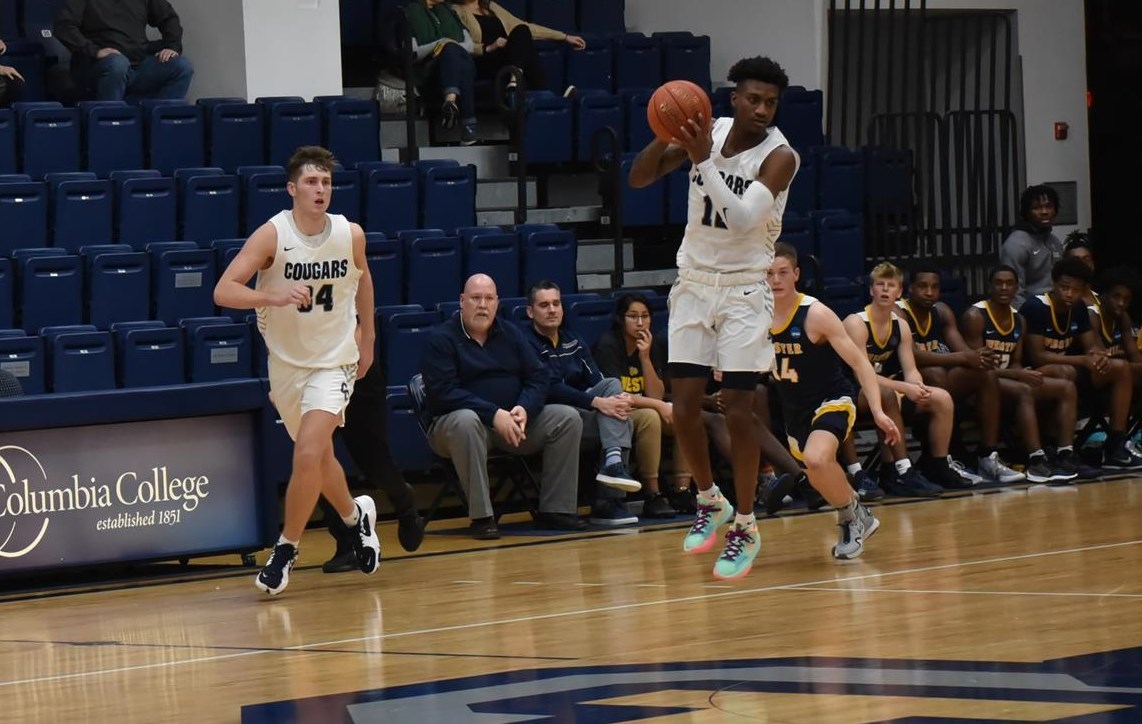 Columbia, Mo. – The Columbia College men’s basketball team picked up a double-digit win over Hannibal-LaGrange on Thursday evening. The Cougars defeated the Trojans, 66-47, and have now won six-straight in the series.

The Cougars started the game on a 19-4 run to start the game. CC led by as many as 19-points (30-11) after a Tony Burks 3-pointer. Cameron Vanleer tipped in a basket as time expired and Columbia led 33-17 at the break.

Hannibal-LaGrange came out of the halftime locker room on fire and went on a 14-4 run to close the gap to six points (37-31), forcing a CC timeout. After the timeout, the Cougars responded with a 14-2 run to push their lead back to double figures (51-33). The Cougar lead reached as many at 26 in the second half.

Key Moment:
After the Trojans cut the Cougar lead to six points (37-31), the Cougars went on a 14-2 run to regain control of the game.