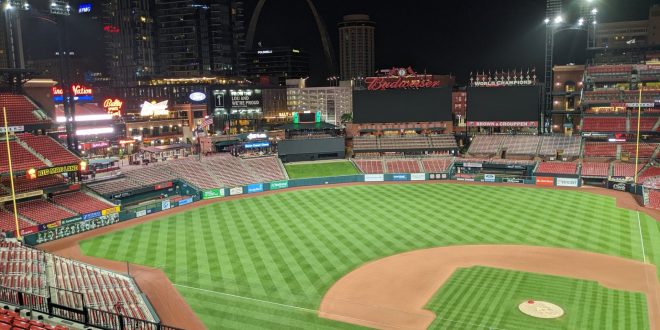 Cardinals whiff on Soto but land pitching at the deadline; Did they do enough?

After courting the Washington Nationals for days regarding Juan Soto, the St. Louis Cardinals shifted their focus back to the pitching market in the finals hours leading up to Tuesday’s trade deadline. John Mozeliak revealed to reporters Tuesday evening that he knew as of Monday night that the Cardinals weren’t going to land Soto.

That sound you hear is thousands of Cardinals fans wondering why he couldn’t have just told everyone that 24 hours sooner, but hey, the man was probably busy.

Though Cardinals fans widely expressed their disappointment in being teased on the Soto front, the reality is that the Cardinals did what they set out to do: At least on paper, they fixed their pitching mess.

It started with the acquisition of 33-year-old lefty Jose Quintana from the Pirates on Monday. St. Louis parted with upside reliever Johan Oviedo and the No. 10 prospect in the organization, slugging infielder Malcom Nunez. Quintana has posted a 3.50 ERA on the year and is a capable ground ball producer that should find an even better fit in front of the Cardinals’ defense than what he experienced in Pittsburgh.

Adding Quintana–whose contract expires after the season–without sacrificing any significant pieces allowed the Cardinals to accomplish a goal in an understated way. But resting on their laurels at that point just didn’t feel like a viable option for a Cardinals team that began the day Tuesday on the outside looking in for an NL wild card spot–an unacceptable position for St. Louis given the expectations surrounding the 2022 season.

That’s where Mo’s wheeling and dealing within the pitching market Tuesday led to the Cardinals ultimately pulling off a surprising deal with the Yankees that sent Harrison Bader to New York for LHP Jordan Montgomery mere minutes before the deadline.

Montgomery is a 29-year-old lefty with reliability written all over him. He’s taken the ball on turn this season, posting a 3.69 ERA and 3.91 FIP in 114.2 innings. Though he’ll be approaching his career-high innings mark in a single season (157.1) before long, Montgomery has been about as reliable as they come over the past couple of years.

In his parting comments to the New York media, Montgomery expressed the value of his work ethic.

Jordan Montgomery was close to tears as he processed this trade.

“I’m pretty shocked. This is my family. This is all I know.”

Said Cardinals fans will get a pitcher who works hard and “will die on the mound.”

Considering Bader’s present injury status (he’s been out for more than a month dealing with plantar fasciitis) and Dylan Carlson’s ability to fill his slot in the demanding center field position, this trade simply felt like a sensible value proposition for St. Louis. No idea what the Yankees are doing, though, as they recently lost Luis Severino to long-term injury–someone should tell New York, you can never have too much pitching.

Nevertheless, Montgomery and Quintana both profile as sturdy middle-of-the-rotation arms. They’re expected to come in and fill innings, to keep their team in games and take some stress off of a beleaguered bullpen.

Was it the sexiest trade deadline known to man? It wasn’t. Juan Soto isn’t a Cardinal–that would have been the flashy move. But even if they weren’t the loudest ones, the Cardinals very well may have made the necessary moves over the last few days to solidify their chase for October in 2022.