Bowling Competes in Clash of the Spartans 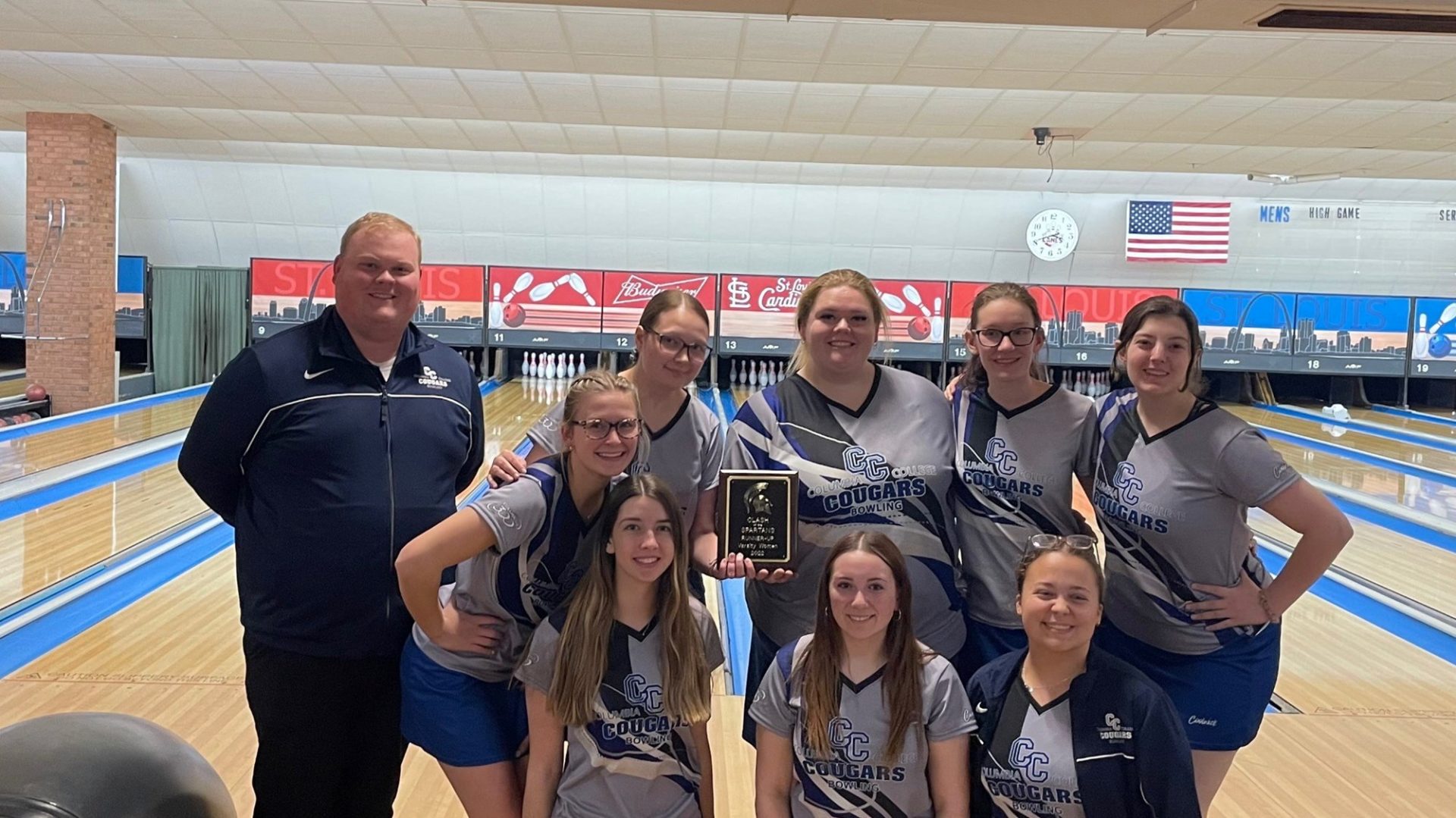 St. Charles, Mo. – A slow start and 6th place power points didn’t stop Columbia College Bowling from competing until the very end. The Cougars walked away from the Clash of the Spartans as tournament Runner-Ups to Hastings College over the weekend.

Columbia entered the third tournament of the season with momentum. At the Clash of the Spartans hosted by Missouri Baptist, the Cougars would see a real tall challenge and got it with the high quality teams competing.

Between tough lane conditions and a grueling format, Columbia struggled to find a groove early in the day on Saturday. The all Baker game format put an emphasis on every shot thrown. There were 19 sets of 2 Baker games for the qualifying portion of the event. This is also where USBC Power Points would be distributed.

Columbia was not able to put a string of good games together and fell to 6th place in the total pins standings. However, since the format was all Baker the Cougars would qualify 5th for match play based on their 8-11 record. In the final position round of qualifying the Cougars were put up against Hastings College for a three-game final round of qualifying. The total pins winner would have the 5-seed in the bracket. Columbia was able to pick up the win and finish 8-11 in the match play portion.

As the 5-seed, Columbia would face Avila in round one of the bracket best two-of-three format. The Cougars cruised to the game one win shooting 187 to Avila’s 141. In game two it was a much closer match and came down to the final frame. Columbia was able to seal the win 186-179 and move onto the semifinal round.

In that semi-final, Columbia was pitted against the top seed and tournament leader Ottawa. Columbia had lost to Ottawa twice in the qualifying rounds during Saturday and the morning session on Sunday. In the opening game the Braves would cruise to a 191-166 victory. Columbia showed fight and came back with a 200-190 win with a key strike in the tenth frame to seal the win. The winner take all game three was back and forth. Columbia took advantage of some Ottawa mistakes late and won the semifinal set 2-1 with a 201-195 game three.

This set up the final against Hastings College. The 5-seed vs. the 6-seed in the championship best 3-of-5 round. Hastings won game one 177-148. After switching sides, Columbia won 201-139 to even up the set. A tough third game went the way of the Broncos winning 160-138. In the final game, Hastings took advantage of some big breaks and picked up the tournament win on the heels of a 181-147 game four win, winning 3-1.

It wasn’t the prettiest of weekends for the Cougars only averaging 157.4 in qualifying but they rallied in the bracket and averaged 174.9 to take home runner up honors.

Columbia will travel to Sioux City, Iowa on December 3-4 for the Morningside Mustang Invite.