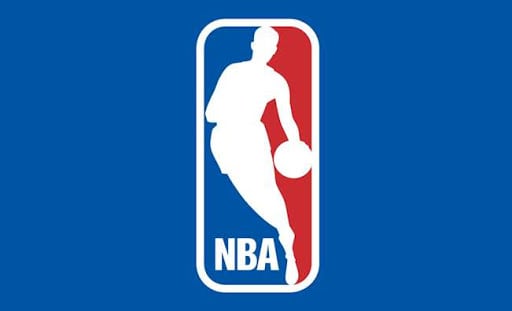 A Brief Guide to the Revamped NBA Season

THE NBA IS BACK. At least, that’s what the NBA thinks.

After a long hiatus and some in-depth discussions among the league’s top brass, professional basketball is tentatively scheduled to return by July 31st. The NBA Board of Governors approved a format in which the top 22 teams in the league (16 teams in playoff positions and 6 teams on the bubble) would convene at the Walt Disney World Resort in Orlando to eat, sleep, practice, and play some basketball to round out the season.

Each team will play eight seeding games conjured from the remaining regular season matchups (minus matchups against the ten teams who didn’t make the cut). The scheduled games aren’t concrete yet, but you could parse what the alignment will look like based on the regular season schedules. Eighth seed teams that aren’t at least four games better than the ninth seed will have to take it to a play-in tournament, and whoever wins gets the playoff spot. While there’s still a ways to go before anything is concrete and all parties involved figure out the logistics, I wanted to take a look at who would benefit the most from these new rules and who might be left hung out to dry.

Top Seeded Teams (Lakers, Clippers, Bucks, Celtics, Raptors, etc.)
If you’re a fan of any of the above teams, congratulations! These NBA Finals hopefuls still have a shot of bringing home a title after a tumultuous three or four months of uncertainty. For teams in “win-now” mode like the Lakers or Bucks, they can still make that final push for a championship without having to re-tool and restructure their teams before they even have a shot at seeing the playoffs. The Clippers and Celtics have a lot to look forward to as well, as their projected schedules aren’t very strenuous.

Scrappy Lower Seed/Bubble Teams (Kings, Blazers, Pelicans, Wizards)
Can you call it an upset? While none of these teams are spectacular by any stretch, they showed flashes of potential throughout the season that they could try and capitalize on to sneak their way into the playoffs and make a Cinderella story out of it. The Kings have underperformed all season compared to last year, and the Blazers have been a bummer all season, as well. This format could be just what the doctor ordered for guys like Dame Lillard to do something wild and will his team into a playoff seed or knock someone out of contention. Speaking of…

Scrappy Lower Seed/Bubble Teams (Grizzlies, Magic, Nets, Mavericks)
The Nets and the Magic were already hanging pretty precariously in their seedings as the regular season came to an abrupt stop, as well as the Grizzlies – who young-gunned their way into an eight seed led by guys like Brandon Clarke and Ja Morant. All of a sudden, their playoff hopes are one crazy win streak away – or a play-in tournament wash away (by, say, the Pelicans or the Wizards or even each other) from being knocked out of the dance. While pretty unlikely, it does add a level of unwanted anxiety, at least for my money as a basketball fan.

Lottery Teams That Didn’t Make the Cut (Hawks, Knicks, Warriors, Timberwolves)
There wouldn’t have been much reason to put these teams in a playoff pole position situation anyways, but it is kind of a bummer that we won’t get to see Steph Curry in the playoffs this year, or even guys like Trae Young who was in the middle of a stellar shooting season before it abruptly came to a stop. For now, though, teams like Golden State can put their players on ice, give them time to nurse injuries and reset for the upcoming NBA season, while teams like the Knicks and Bulls can get a head start on their draft boards.

The Rockets (and other mid-tier teams with gauntlets for schedules)
Taking a look at some of these possible schedules, I can’t think of a team that is more in danger of playing themselves out of a playoff spot than the Rockets. They had to snap a four-game losing streak against teams like the Knicks and the Hornets by beating the Timberwolves to finish the season… with their revamped small-ball style facing some technical difficulties down the stretch. Match that with an intense potential schedule featuring the Raptors, Sixers, Pacers, Lakers, and Bucks, and it’s entirely possible Houston gets bumped down a few pegs – potentially more than they would be comfortable with, despite the nonexistent home court advantage. The Heat and the Pacers are other examples of teams that are going to have to weather some of the best teams in the league if they want to squeak into the playoffs in a favorable seed.